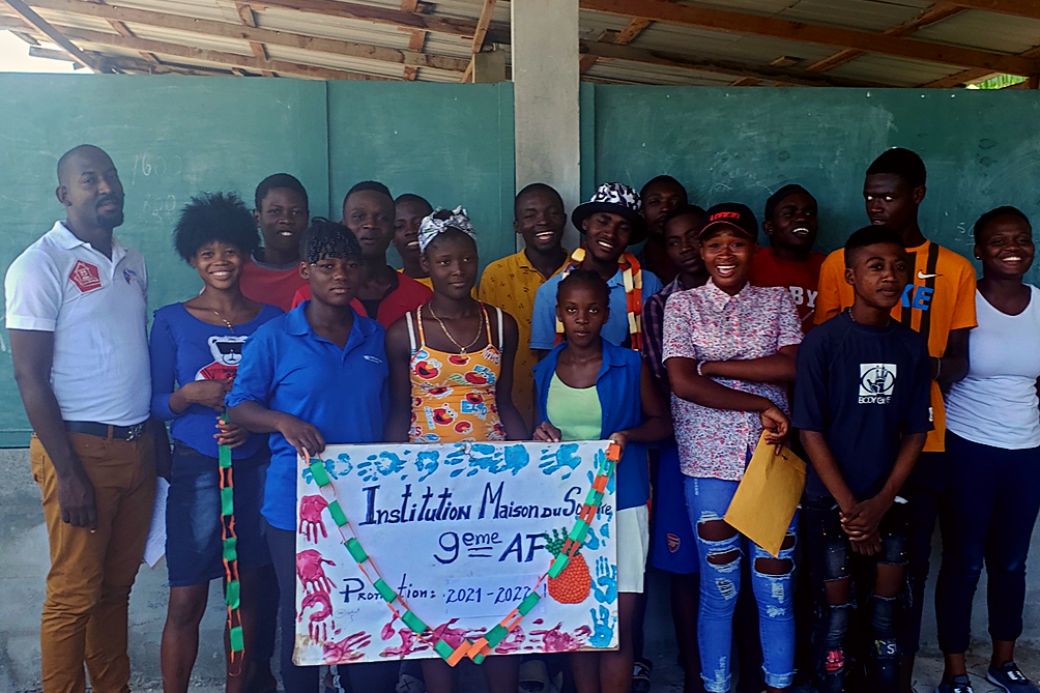 One year after the earthquake last August, Haiti continues to deal with rampant poverty and growing security problems.
Armed gangs effectively control several areas of Port-au-Prince, the country’s capital, and their recurring territorial clashes have now forced 36,000 people to flee their homes since June 2021 (ECHO 2022).
The situation is particularly worrying in Wharf Jérèmie, one of the largest slums in the northern hemisphere, just outside the city. Here the living conditions of the population are on the verge of inhumane, all services are lacking – especially sanitation, cholera epidemics frequently occur – and the “viceroys“, as the gang leaders are colloquially called, control whoever enters. and leaves the neighborhood blocking humanitarian aid.

In this fragile context, made even more difficult by the 7.2 magnitude earthquake that hit the south of the island in August 2021 and which caused the death of more than 2,000 people and the interruption of schooling for more than 4 million children (ECHO 2022), the brutal territorial control of gangs makes it even more difficult to provide assistance from outside bodies.
In the streets of the capital alone this year, gun violence has resulted in the closure of over 1,700 schools, preventing more than half a million students from returning to study (UNICEF 2022). The risk of dropping out of school and being enrolled in gangs has increased dramatically, in a country where, as a rule, 40% of students drop out of school before the ninth year (UNESCO 2020).

At Wharf Jérémie, CESVI has established the Casa del Sorriso, a protected space whose purpose is to remove children from the streets and give them the opportunity to study, in a healthy, educational, and protective space for the benefit of the most fragile family situations. It is a place where training, hospitality, serenity, and hope are translated into the exercise of recreational, sporting, and artistic activities.

Casa del Sorriso offers children in situations of extreme poverty without access to school a school education and a series of parallel training activities, challenging a situation in the city of crime and widespread tension.

The impact of the Casa on the community is doubly beneficial: not only does it prevent children and young people from sinking into gang crime, but, thanks to the education received, it allows them to aspire to a more dignified working future.
Since the beginning of the year, 434 boys and girls have attended the lessons and courses of the Casa del Sorriso. All the CESVI staff and the boys themselves are very proud of the results obtained.

Thanks to this place of refuge, in fact, the ninth class took the state exam, with a success rate of 100%.

Kerline and Diana, students of this class and inhabitants of Wharf Jérémie, told us how much they will miss attending the Casa del Sorriso and how proud they are to have achieved this goal: “it was nice to spend these years with you, I will miss studying in this Joyful home ”, Kerline confesses to one of our operators.

These and other news allow us every day to continue working to support Wharf Jérémie’s House of Smiles, and to fight to stem school dropout and gang recruitment of school-age children.

Continue to stand by the children of Haiti together with CESVI. Help us restore hope and the future to the adults of tomorrow.