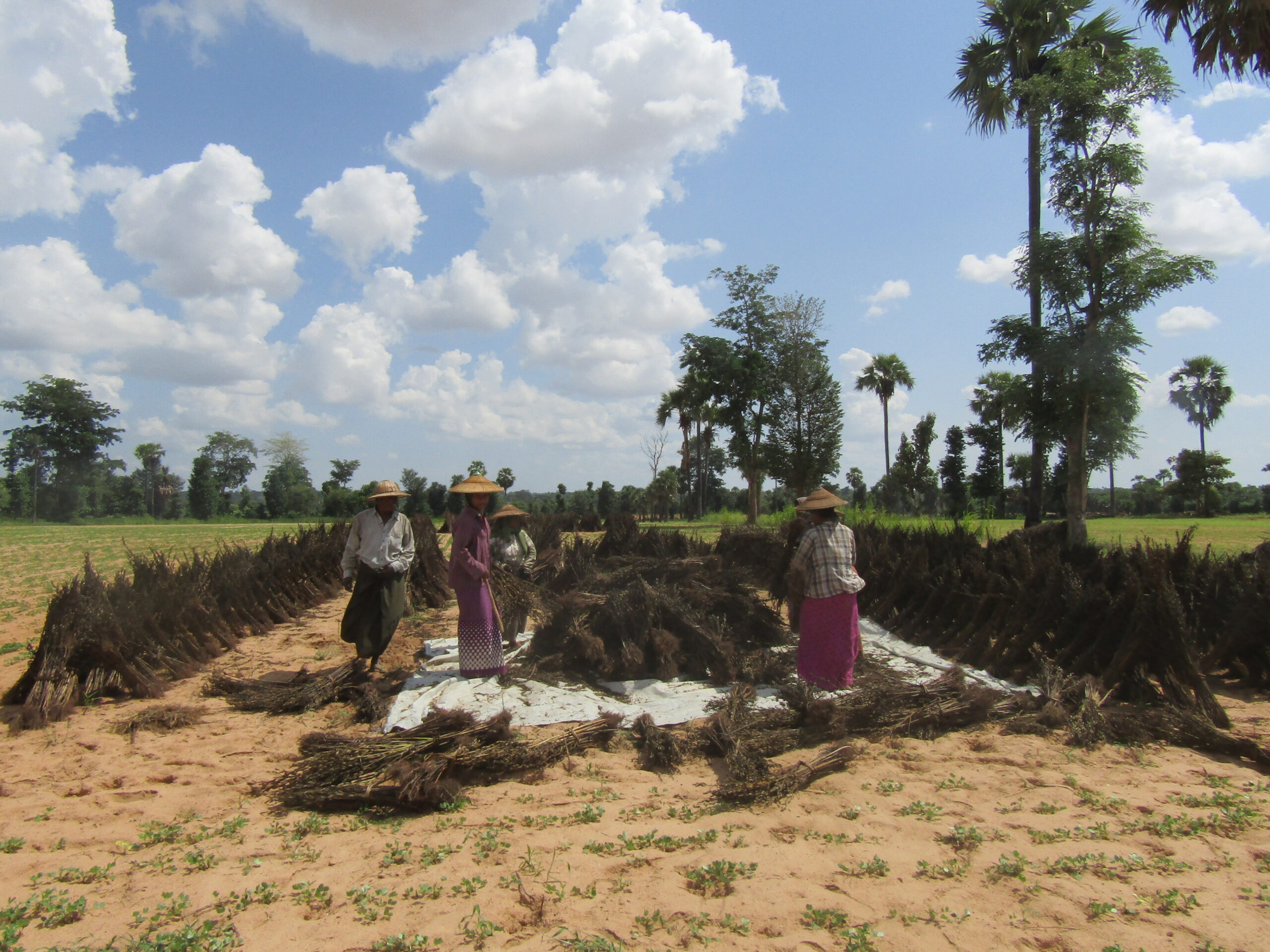 Amidst a global pandemic, the political crisis and the effects of climate change, Cesvi stands by the side of the people of the Dry Zone in Myanmar.

Over the past two years, the people of Myanmar have been facing the consequences of the COVID-19 pandemic which affected more than 450,000 people and caused over 17,000 deaths. Even now, the situation is extremely grim: The Delta variant has led to a surge of infections and people are lining up outside of oxygen factories in the hope of buying or refilling oxygen cylinders to treat the disease. Myanmar’s healthcare system was always fragile, but despite limited resources and deficient infrastructure, it managed to weather the virus in 2020.

However, the country’s situation aggravated this year due to the internal political crisis. This situation critically disrupted the Burmese capacity to respond to the health emergency and further deteriorated the already fragile socio-economic conditions of the people of Myanmar. As a result of the ongoing crisis, 142,000 people remain internally displaced in the south-eastern areas of the country since last February. Moreover, in July the monsoon season has caused severe floods in many regions, affecting more than 125,000 people and further hindering the recovery of the population.

According to Andrea Ricci, Cesvi’s Project Manager in Myanmar, the escalation resulted from the political crisis compounded with the effects of an uncontrolled COVID-19 pandemic – risks associated with the spread of the virus are still very high – could set the conditions to turn the country into a full-blown humanitarian crisis. “Daily, I collect the concerns of Cesvi colleagues, partners and beneficiaries that are worried about the shrinking livelihood opportunities and the difficulties to access food affecting more and more rural people in Central Dry Zone”, said Andrea.

In this very difficult and harsh situation, Cesvi remains committed to work with its civil society partners and support the most vulnerable communities in the Dry Zone to meet their basic needs.

According to the Global Climate Risk Index 2021, Myanmar is the second-highest-ranking country in the world subject to extreme weather events and calamities. These are particularly concerning for the people living in the Dry Zone, 19% of the country’s total population. The region is also strategic for the agricultural needs of Myanmar; However, it is particularly at risk from floods, droughts and has a serious water scarcity, due also to extremely low rain levels throughout the year. All these shocks have a severe impact on the productivity of agriculture, thereby leading to a significant decrease in the households’ income and their food security.

To address these issues, Cesvi and its partners Network Activities Group (NAG) and Associazione Microfinanza e Sviluppo (AMS) – in the framework of the S.A.F.E.C.R.O.P.S. project funded by AICS, the Italian Agency for Development Cooperation – are investing in safe, quality and inclusive value chain opportunities for 4,000 farmers’ families and micro and small businesses in the Dry Zone, who are engaged in the supply chains of sesame, peanut and green mung bean, which represent the main crops and source of income in the areas of intervention as they do not rely on much water to be cultivated.

First of all, Cesvi is increasing the quality and quantity of production for the small farmers making adapted varieties of seeds available for them and favouring the application of good agricultural practices, sustainable and efficient cultivation techniques, establishing seed banks and community storage systems and favouring access to subsidised credit for their personal production needs. Furthermore, Cesvi is promoting market access of the beneficiaries by favouring joint sales at the regional level, facilitating contract production and access to credit for the needs of associations and micro and small businesses in the areas of intervention. Finally, Cesvi is working to strengthen the governance by heightening the associative organisation and promoting coordination and synergies between the relevant stakeholders involved in the target supply chains.

“The most vulnerable people of the Dry Zone need us now more than ever. The S.A.F.E.C.R.O.P.S. project has the tools, resources and mechanisms to make the difference in the lives of more than 4,000 families and to build greater resilience over the long term”, continued Andrea.

One of these families is that of Hla Kyaw Soe, who lives in the village of Chan Kan with his 4-year-old daughter, his 89-year-old mother, his sister and niece. He is the only breadwinner of the family and works all the farms, including those inherited by his parents and siblings. Now, the main problems he is facing are the COVID-19 pandemic and the political crisis in Myanmar, which affect the availability of cash for his farms and endanger his sales in the market.

Before the S.A.F.E.C.R.O.P.S. project began in his village, he and other farmers had to face several hinders in the cultivation. They had never heard of the concept and practices of collective selling, therefore being forced to rely on brokers and trading houses with little or no control of the selling price. Furthermore, to sustain his business he was forced to indebt himself with high-interest loans. “After the launch of the S.A.F.E.C.R.O.P.S. project, my life improved a lot. I could improve every stage of the production process from land preparation to collective buying and selling”, said Hla Kyaw Soe. He came to know the Good Agricultural Practices (GAP) system, got access to good-quality seeds and used agricultural equipment and seed banks. Growing and selling GAP crops at a higher price than the regular market price, he and the other farmers have increased their livelihood, income and social status, while decreasing their costs by buying collectively.

Moreover, the project provided him with training about business and administration concepts, allowing him to become a Trainer of Trainers. “Before, I did not dare to speak in front of a crowd or a large audience, but now with the support of Cesvi, I have become a Trainer and I can even teach what I have learned to other farmers like me. This is a great improvement in my personal life”, recounted Hla Kyaw Soe.

Finally, he wished for many other farmers from neighbouring villages to have a chance to improve their businesses like him and other people who benefited from the S.A.F.E.C.R.O.P.S. project. 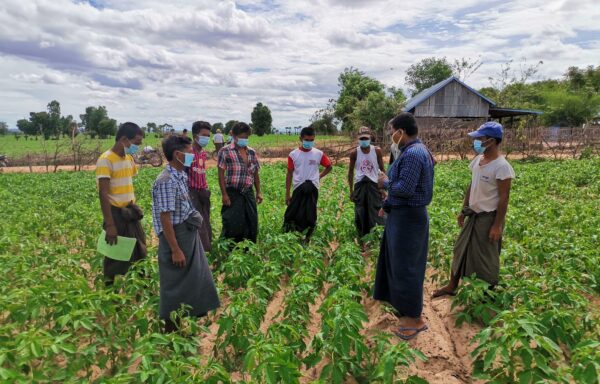 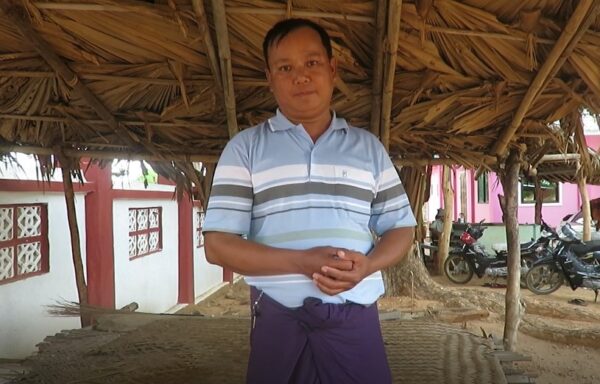 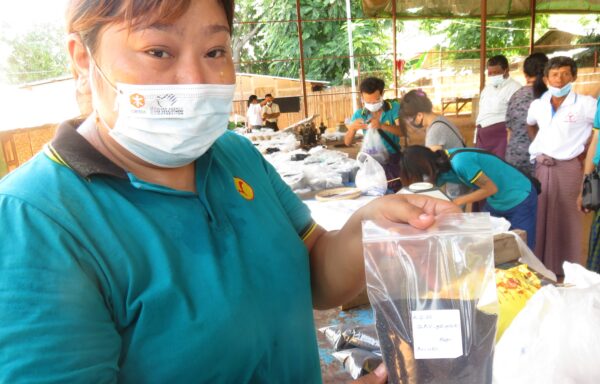 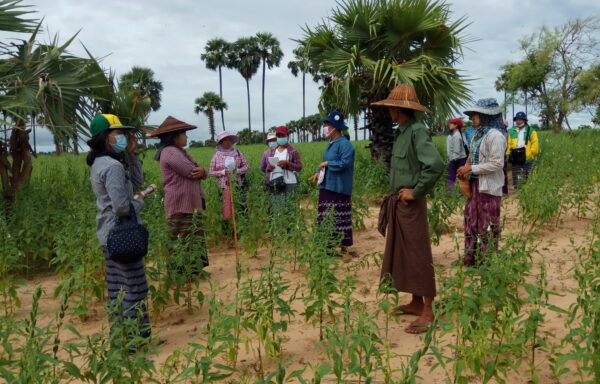 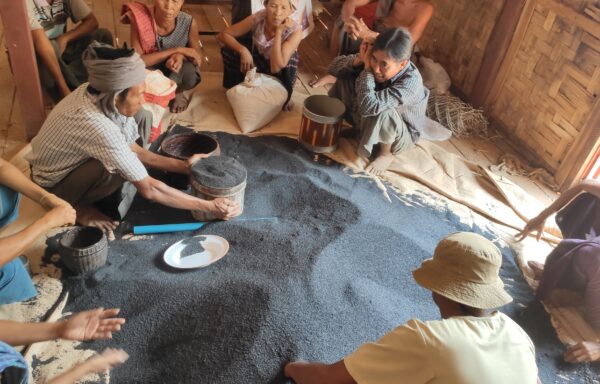 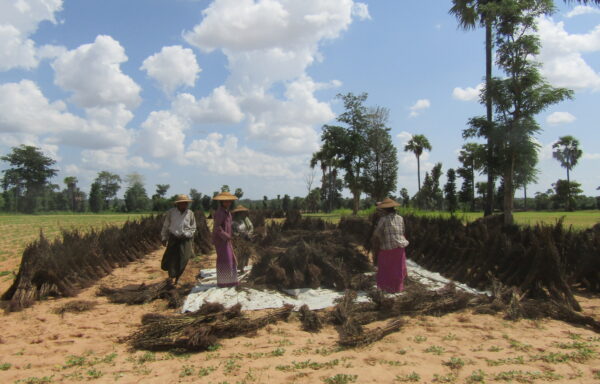