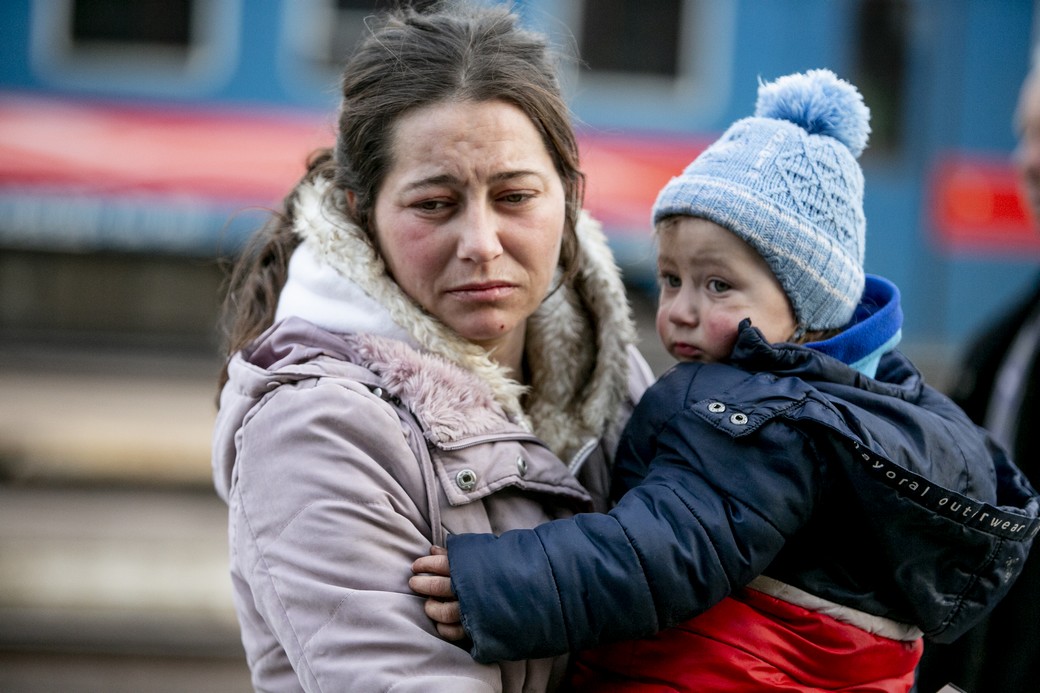 The number of people fleeing the conflict has now exceeded 3.6 million. Over 320,000 have so far found shelter in Hungary. Many are passing through the town of Zahóny, where Cesvi has set up a tent structure that can accommodate up to 10,000 refugees a day and offer a hot meal, Wi-Fi and legal advice. The humanitarian organization is also present in Romania and western Ukraine.

Donate now for the Ukraine Emergency

The number of people fleeing the war in Ukraine has now exceeded 3.6 million. A significant part, more than 320,000 refugees have found shelter in Hungary. Many enter the country through Zahóny, just 2 kilometers from the Ukrainian border. At the station in the town, an average of 500 people arrive every hour, 5,000 per day. They are mainly women and children, but there are also elderly and disabled people. It is there, a few steps from the railway, that Cesvi has set up – in collaboration with the local municipality and World Central Kitchen – a tent of 200 square meters to accommodate people in transit to Budapest and other Hungarian cities.

Up to 10,000 refugees a day can find shelter in the “tent of Cesvi”, rest, eat a hot meal, let children play, receive information and legal advice on temporary protection to which they are entitled, use a Wi-Fi connection, charging stations for their phones and SIM cards to get in touch with loved ones.

“According to the Hungarian authorities, up to now about 150,000 refugees have entered the country from the station of Záhony, a town of just 4,000 inhabitants that lacks the necessary facilities to manage the passage of such a large number of people, especially in view of a likely increase in arrivals with the opening of humanitarian corridors. This is why we intervened,” says Roberto Vignola, Deputy General Manager of Cesvi, from Hungary.

The women getting off the train with their children have nothing but small backpacks and a few toys. Olga, a 28 year old nurse, says she left Kharkiv after spending five days in a “shelter”. When food began to run out, she fled with her 7-year-old daughter and 72-year-old grandmother: “I took few things with me, some toys for my little girl and photos of my family.” Olga’s story, unfortunately, is similar to that of the many people Cesvi has spoken to in recent days.

Further South, in Romania, the organization is present in the city of Sighet, where, in partnership with Sos Bambini Romania, it assists mothers with children who are hosted in the Piccolo Principe centre. Here, besides a hot meal, hygienic kits, clean clothes, books and educational material, they can receive psychological support and carry out recreational activities. According to the United Nations, with more than 550,000 refugees, Romania is the second country, after Poland, for arrivals from Ukraine.

Since the first hours after the outbreak of war, Cesvi has intervened in Ukraine through its partner People in Need (PIN), within the international network Alliance2015. It is particularly active in Lviv, in the western part of the country, where five humanitarian convoys have been sent so far – with food, hygiene kits, diapers, medical supplies, sleeping bags, mattresses and other basic necessities – for the more than 200,000 internally displaced persons in the city, including many children. Another shipment also containing medical kits destined for hospitals reached the capital Kyiv. In Velykyi Bereznyi, on the other hand, a heated tent structure with sanitary facilities has been built. Here the displaced people have the possibility to rest while waiting to cross the border, to receive food, hot drinks, hygiene items and SIM cards.

Support our interventions: donate now for the Ukraine Emergency.