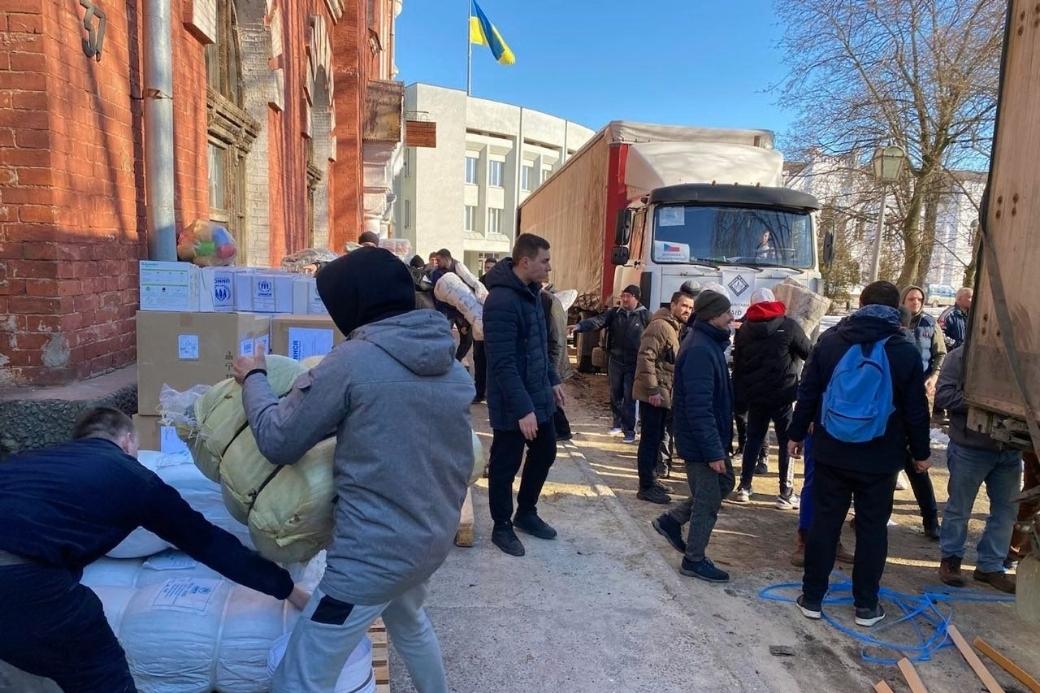 DONATE NOW FOR THE EMERGENCY IN UKRAINE

While attention is focused on the exodus of more than 4 million refugees, the humanitarian conditions inside Ukraine are increasingly dramatic. The country now seems to be split in half: on the one hand, eastern and south-eastern Ukraine, which lives daily with fighting and shelling whose intensity shows no sign of diminishing, and on the other, central-western Ukraine, which must deal with the enormous influx of internally displaced persons in search of safety.

Since the outbreak of war in the country, Cesvi has faced this emergency together with the partners of Alliance2015, a network of 7 European humanitarian organizations active worldwide and created to provide rapid responses to humanitarian crises and generate an impact of the highest value, thanks to the collaboration and thus multiplying efforts. To respond to the humanitarian needs of the Ukrainian population, we have intervened and continue to intervene throughout the country, supporting internally displaced persons and the population remaining in the eastern and southern regions.

According to United Nations estimates, 12 million people in eastern and south-eastern Ukraine have been stranded as a result of intense fighting and shelling. As is sadly known, humanitarian corridors have often not been able to be implemented and millions of people are forced to remain without food, water and heating, in dire humanitarian conditions.

Together with our partner People in Need, it was possible to create a humanitarian railway bridge connecting Prague with the Ukrainian city of Lviv. The trains leave Lviv loaded with aid and continue their journey to the capital Kyiv and other cities in the South and East of the country: Kharkiv, Dnipro, Zaporizhzhia, Svyatohirs’k and several other cities in the Donets’k and Luhans’k oblasts. At night, the trains return to Poland and to date have transported over 2,000 people fleeing the war. In addition to the rail bridge, convoys of humanitarian aid by road have been organized with partners ACTED and PIN to reach warehouses in Ukraine for distribution to the local population.

Since the beginning of the conflict, more than 5,300 pallets and have been delivered by train and 64 trucks, carrying about 2,000 tons of humanitarian aid. The aid consists of canned and long-life food, water, medicine, hygiene kits, special products and food for children, mattresses, sleeping bags, power generators and power banks for mobile phones.

The United Nations High Commissioner for Refugees has estimated that there are more than 6.5 million displaced people in Ukraine. Most of them have found refuge in western Ukraine, particularly in the city of Lviv and the surrounding region. So far, the West of Ukraine has been less affected by the conflict, which is why so many Ukrainians have decided to move here to find refuge. Many have fled across borders, but over 2.5 million remain in the region to this day. With the huge influx of people, rental housing prices in the region have soared and many people cannot even afford a room. As a result, hundreds of shelters for displaced persons have sprung up, but they are struggling to cope with such large numbers of people.

Together with our partner People in Need, we have delivered to dozens of centres in Lviv oblast more than 700 mattresses, sheets, blankets, pillows and towels, as well as 100 kitchen kits and kettles to help them effectively and decently accommodate people in need.

Assistance to people queuing at the borders

Since the first days of the conflict, we have been present together with our partners at the main border crossings into Europe.

At some points, hundreds of thousands of people fleeing the war found themselves facing queues of up to 60 hours, without food or water and with temperatures dropping well below freezing at night. We built heated tents, equipped with mattresses and sleeping bags to allow women, children and elderly people who had been travelling for days and were exhausted to regain their strength. Basic sanitation facilities have also been built and we have distributed personal hygiene products and specific products for children. People arrive at borders exhausted from long journeys, often hungry and thirsty. So, we continued to distribute hot meals, water, tea and coffee to help them recover during the hours of waiting.

Continue to support the Ukrainian people with us, donate for the emergency.