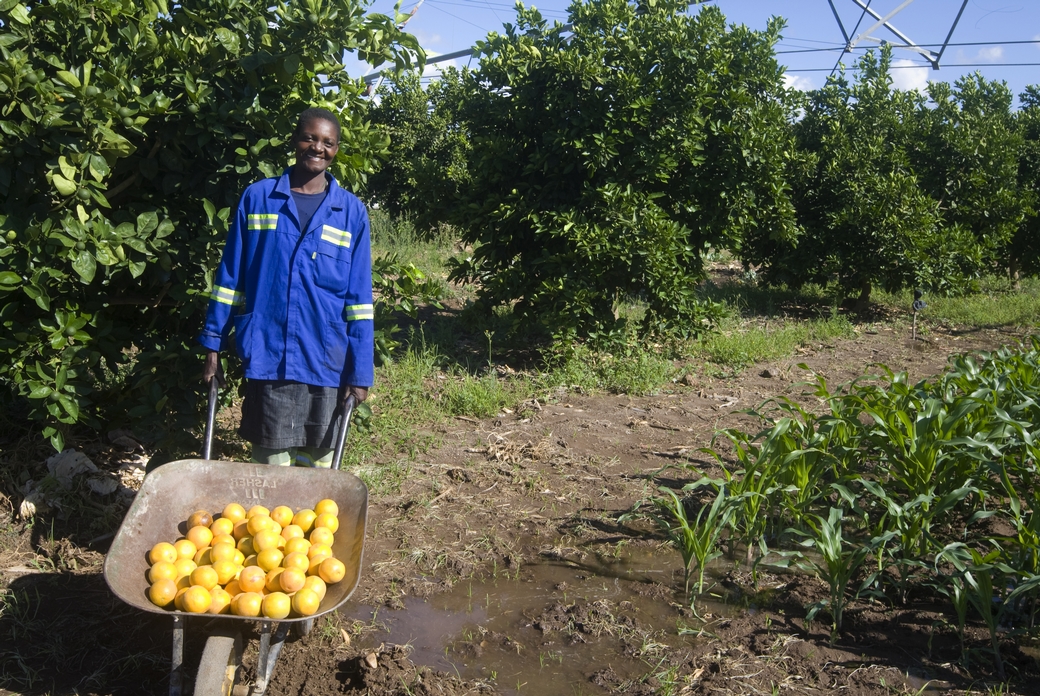 The scheme was remodernized in 2011 within Cesvi’s project that is setting up an orange farm cultivated and managed directly by Shashe community. The new model adopted is more sustainable and cheaper: the improvements led to a reduction of at least 50% of water usage. Saving water automatically translates into saving electricity, for the amount of about USD 50,000 per year. This money thus becomes available to the community, and it represents an enormous reduction in Co2 emissions, contributing to global response to climate change.

Small holder farmers of the community say they have the potential to become major suppliers and exporters of oranges if assisted to overcome their current operational challenges. This came out during the prize giving ceremony held at the irrigation scheme.

Despite the challenges being faced by the scheme, the farmers this year managed to produce about 270 tonnes of oranges, the bulk of which was delivered to Beitbridge juicing company. The farmers believe that given the necessary support, they can export oranges to other countries and earn the much needed foreign currency.

Positive feedback on the scheme’s strategy was given by institutional representatives also. The Minister of State for Matabeleland South Province, Ambassador Aaron Maboyi suggested to consider investing in solar energy, which is cheaper and sustainable. The Deputy Director in the Department of Irrigation, Mrs Soneni Nyamangara shared some of the strategies farmers have to employ to run their irrigation schemes successfully.

For Shashe community achieving this success was a further proof that innovation is the path to follow in order to get results and pursue economic growth.