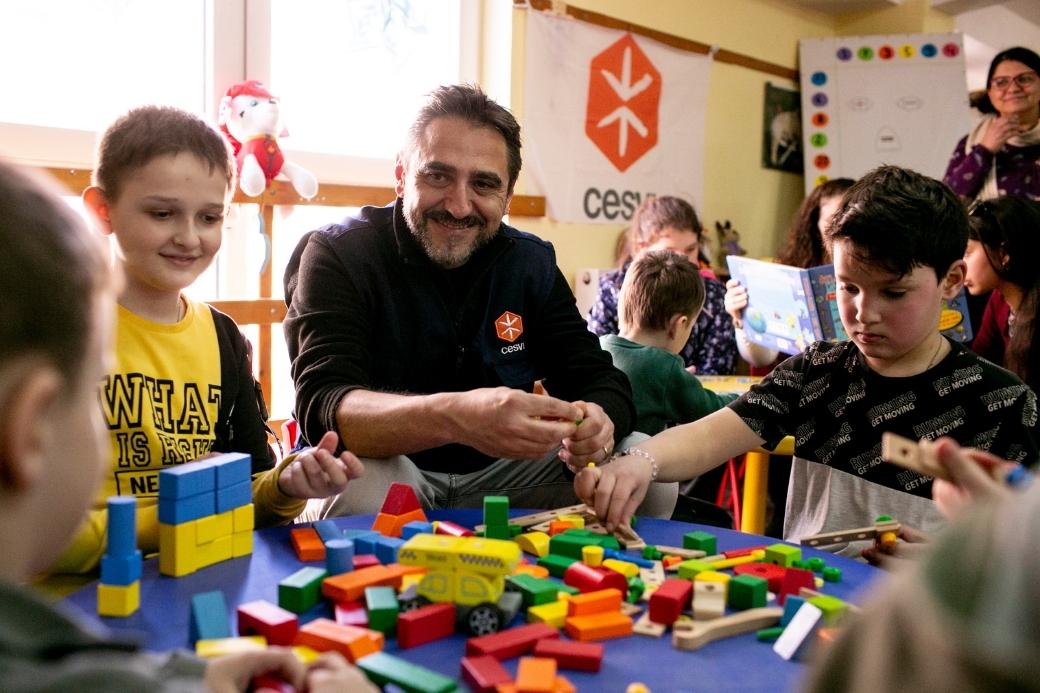 In partnership with Sos Bambini Romania in the Little Prince Centre in Sighetu Marmației.

Since the beginning of the war in Ukraine, 535,461 refugees have crossed into Romania (UNHCR) – through the three official border entry points and from Moldova, which many refugees transit through before arriving in the country.

One of the border crossings is in Sighetu Marmației (or Sighet), a town of about 22,000 inhabitants 180 km north of Cluj in the Maramureș region.

According to Romanian authorities, about 2,000 people fleeing the conflict cross the Sighet border each day. The majority are Ukrainian women and children: from preliminary data collected by UNICEF and confirmed by local authorities, families are generally made up of a mother travelling alone with one or more children, ranging in age from a few months to adolescence.

In the very first weeks of the conflict, families were mostly in transit. Now new families are arriving, with fewer resources at their disposal and therefore needing to stay for longer periods. This is either so that they can be closer to their homes when they return to Ukraine or because, with very young children, they do not have the possibility of facing very long journeys with many uncertainties.

Children and mothers fleeing the conflict, particularly those who remain in Sighet beyond two days, need protection and support, both emotional and material, to cover the needs of survival and, in the cases of the poorest families, subsistence.

At this time, the need considered a priority for mothers and children is one related to protection. Specifically, there is a need to:

In order to provide a concrete response to these families, Cesvi has strengthened the services offered by the Piccolo Principe Centre, a day center that SOS Bambini Romania manages in the city of Sighet for children from family homes and disadvantaged families of the local population. The center acts in close coordination with the nearby San Francesco Oratory, which following the crisis has been used as accommodation for families fleeing the crisis, also providing at least one hot meal a day and some recreational activities. At Piccolo Principe, the goal is to provide day services to at least 15-20 children per day, of various ages, and their mothers. The convent houses more than 20 people, with 22 beds in 7 rooms. During periods of peak refugee flow it has come to house 36, having to resort to makeshift means of overnight hospitality and meal provision. Both the Little Prince and the convent have an 8-seat van each.

In the structure of the Piccolo Principe, Cesvi provides the following services for mothers fleeing from Ukraine and their children: