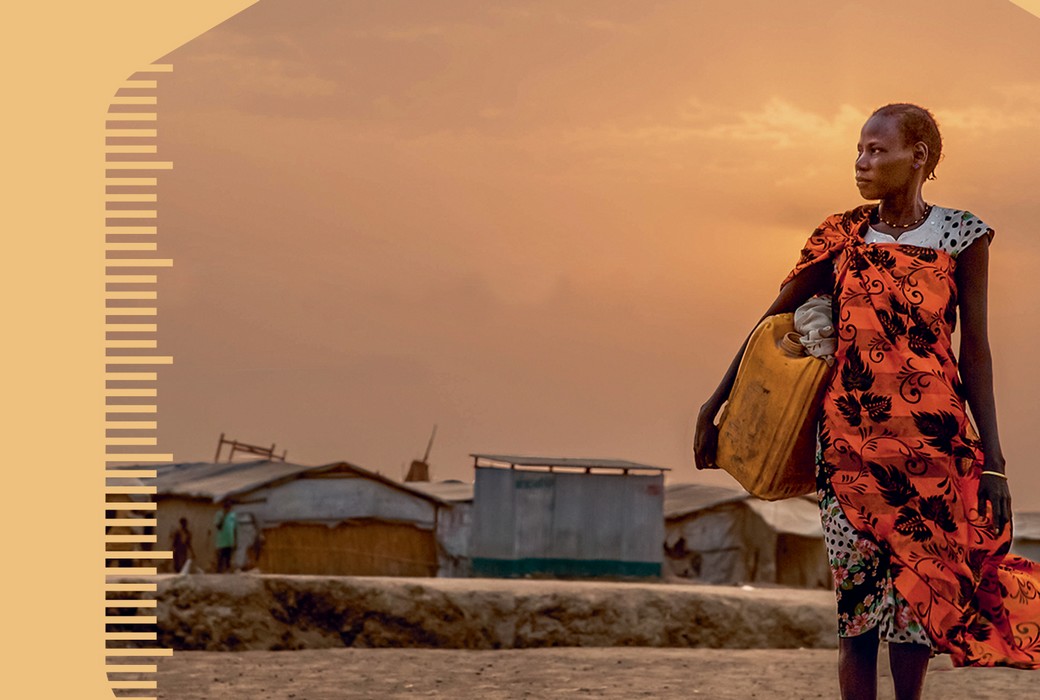 The 2018 Global Hunger Index (GHI) shows that in 51 countries worldwide hunger and undernutrition are at worrying levels.

Globally, hunger is still a serious problem. According to the 2018 GHI, only 29 countries – out of 79 with moderate, serious, alarming and extremely alarming levels of hunger – will reach the UN Goal of Zero Hunger by 2030.

The most affected regions in the world are South Asia and Africa south of the Sahara. These two areas have the highest rates of undernourishment, child stunting, child wasting and child mortality.

Within an overall worrying framework, the 2018 GHI reveals that hunger and undernutrition have declined since 2000, indicating real improvements in the lives of millions women, men and children.

Some countries, such as Angola, Ethiopia and Rwanda – which in 2000 had extremely alarming hunger levels – today have reached a 50 per cent reduction or more in their GHI scores.

In addition, 27 countries of South Asia and Africa south of the Sahara have achieved a moderate level of hunger, including Gabon, Ghana, Mauritius, Senegal, South Africa and Sri Lanka.

“The world has made substantial progress against hunger, but the current pace isn’t fast enough to meet the Zero Hunger Goal by 2030. The Global Hunger Index carries a clear message” says Daniela Bernacchi, Cesvi CEO and General Manager.

“Food crisis in those areas where the situation is still alarming must be addressed with a joint action of various actors, such as the international community, the national governments and the civil society. Responding to the emergency is no longer sufficient: scaling up investments and promoting long-term development programs in the most critical regions is required. Hunger is a persistent danger that threatens the lives of million people, many of whom are forcibly displaced.”

The GHI offers 3 sets of policy recommendations to the EU:

1) Leave no one hungry or malnourished. To this regard the EU must strengthen policies towards preventing and ending conflict and demonstrate political leadership at international level by addressing the double burden of hunger and forced displacement.

2) Implement long term solutions. Building on its longstanding commitment to Aid Effectiveness, galvanised by the EU Consensus on Development, the EU must work towards greater alignment of those instruments designed to tackle hunger and forced migration, including EU Action Plan on Nutrition, the EU Action Plan on Resilience, the European External Investment Plan (EIP), the EU Emergency Trust Fund for Africa (EUTF), and the recently proposed Neighbourhood, Development and International Cooperation Instrument (NDICI).

3) Show solidarity, share responsibility. EU policy engagement on displacement must recognise the root causes and drivers, such as hunger, which link to European concerns on human rights, humanitarian assistance and development cooperation.

Forced migration and hunger: the essay of the 2018 edition

Across the globe, 68.5 million people are forcibly displaced from their homes, including 40 million internally displaced people (IDPs), 25.4 million refugees and 3.1 million asylum seekers (UNHCR). The number of forcibly displaced people is increasing, and hunger is often both a cause and a consequence of displacement: forced migration and hunger are closely intertwined challenges which affect the poorest and most conflict-ridden regions of the world.

The 2018 GHI defines four guiding principles to address the effects of the relationship between hunger and forced migration:

1) Support policies aimed at avoiding conflicts and building peace at all levels, and at enhancing governments’ accountability and transparency, because hunger is often a consequence of their inability to address natural disasters;

2) Most forced migration is protracted for many years, or even generations. Response to the emergency must include long-term humanitarian action to address food insecurity, promoting also the development of hosting communities;

3) Food-insecure refugees and IDPs need to be assisted, if possible, in their regions of origin, because they tend to reach the neighbouring countries, which also are in conditions of poverty and in need of aid;

Countries missing data: Somalia is a matter of concern

Lastly, for 13 countries the GHI’s calculation wasn’t possible because of lack of data due to violent conflicts and political unrest. Seven of those countries are cause for significant concern relating to their hunger and undernutrition situation; first of all Somalia, where half of the population is undernourished and which has one of the highest child mortality rate in Africa, at 13.3 per cent.

On October 16th Brussels has hosted the international launch of 2018 Global Hunger Index held by Alliance2015 partners. Here you can download the joint press release following the event.