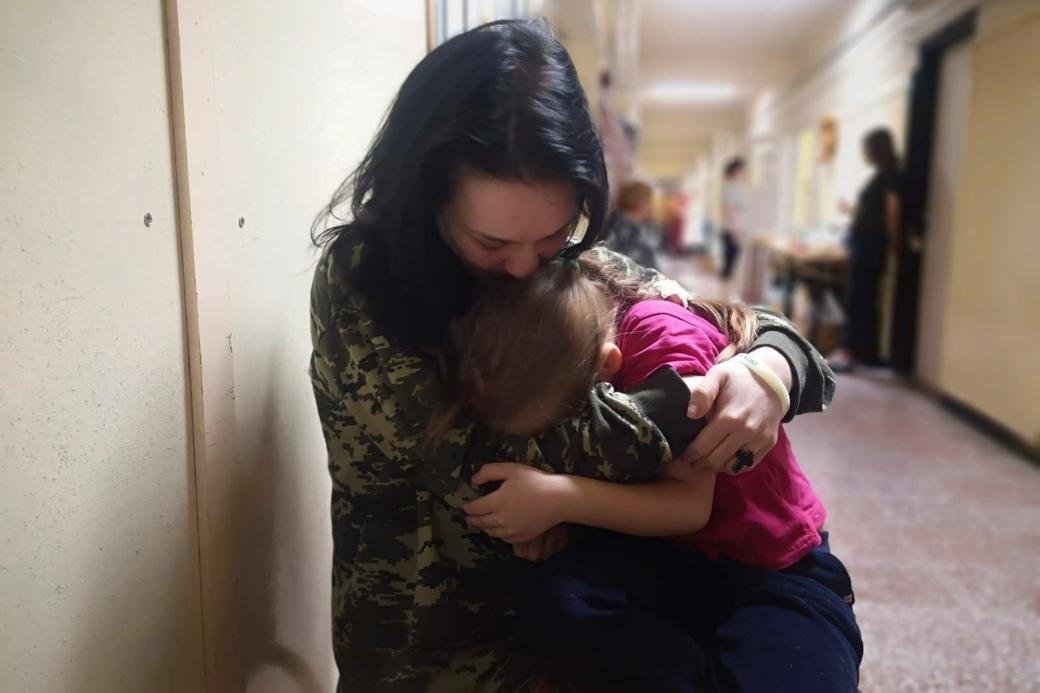 The small town of Záhony has always been a peaceful place in the Hungarian countryside a few kilometres from the border with Ukraine. But on 24 February, everything changed.

Záhony is the main access point to Hungary for tens of thousands of refugees fleeing a war that has already forced almost 3 million people to run away from their country. 263,000 of them have found safety in Hungary, mostly by crossing the border at Záhony. What used to be a normal provincial railway station has suddenly turned into a transit centre where up to 500 refugees, mostly women, children and elderly people, get off each train.

The journey to Hungary is long and exhausting. In a very short time, these people have been forced to flee, taking little or nothing with them and preparing to face days of travel in freezing temperatures and the risk of air attacks.

“I took few things with me: some toys for my daughter and photos of my family. I take with me the photo of my mother. Right now I have left everything at the station.” These are the words of Vittoria, a young 28-year-old woman whom we meet in a dormitory in the town, together with her daughter Alicia, 7, and her grandmother, 72. After five days and five nights locked in an air raid shelter, with almost no food left and the sound of bombs, they decided to leave their town and run away. While telling us her story, Vittoria tries to remain calm so as not to upset little Alicia further, who is still very scared and traumatised. “At night she has nightmares, I hear her screaming in her sleep that we have to run away,” she tells us as her daughter hides her face in her lap.

Vittoria is one of the thousands of people who pass through Záhony every day, where Cesvi is completing the construction of the first Entry Point Hub, a 200 square metre tent that can serve up to 10,000 people a day.

It is the first safe place they encounter on arrival in Hungary, where they can finally breathe a sigh of relief and recover from their long journey. The 50 volunteers distribute hot meals, tea and coffee, which, after days and days in the freezing cold, brings some relief. The children start playing again, while their mothers can recharge their phones and, with the Wi-Fi connection provided by Cesvi, contact their loved ones back home. Cesvi’s volunteers and staff are also on hand to give them all the necessary information on temporary protection status and on transport to other European cities and countries.

The flow of refugees shows no sign of abating. There are more and more of them, more and more war-torn. With your support, we can make a real difference. Continue to support Cesvi in the emergency in Ukraine.