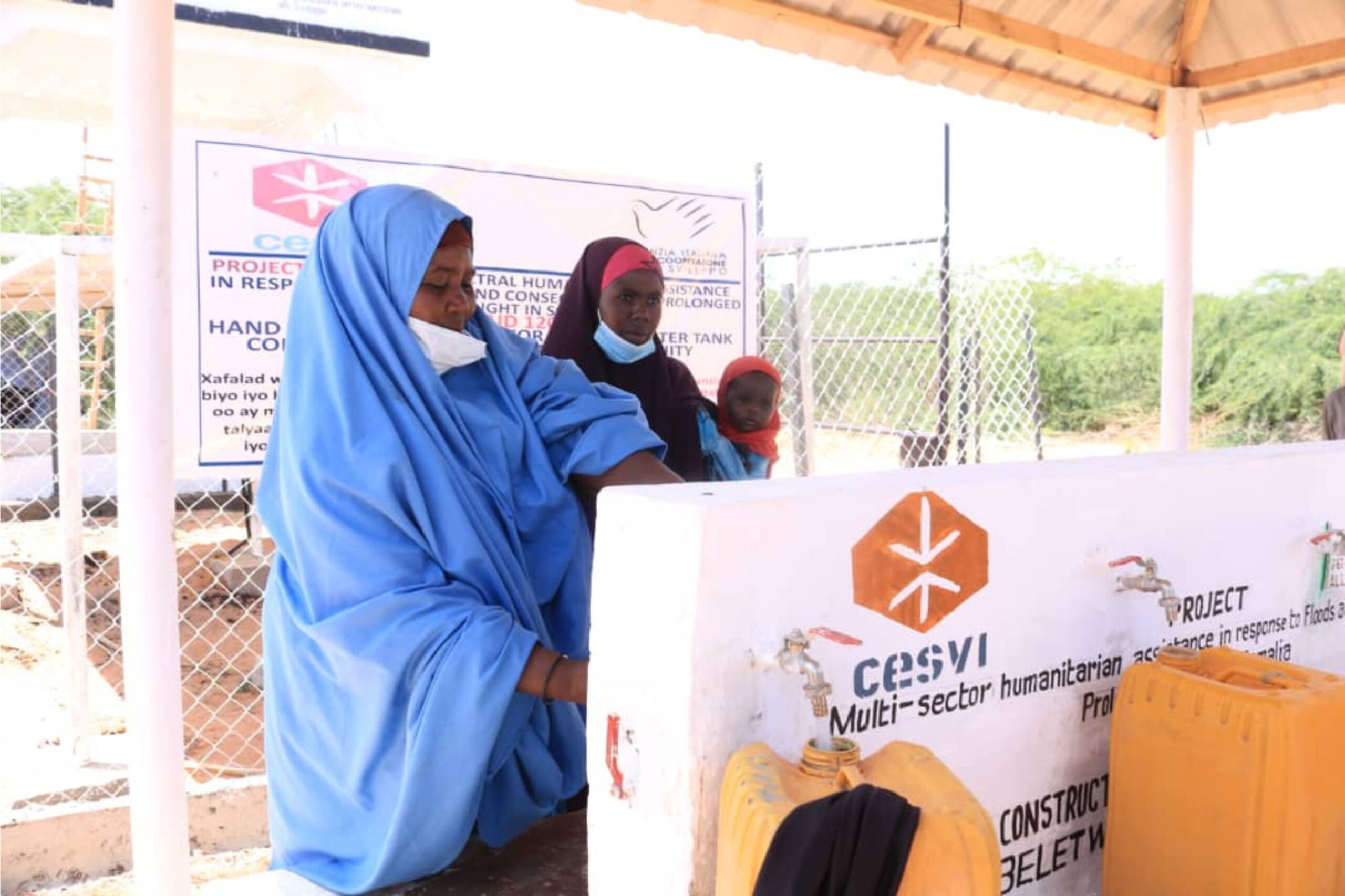 With an ongoing climate crisis and low rainfall always in the last months of 2022, the drought in Somalia is increasingly tragic and is making the local population increasingly vulnerable and malnourished, so much so that 6.7 million people across Somalia, including 1.8 million children, will face high levels of food insecurity (IPC 2022).

Between October and December 2022, in fact, there was a level of rainfall below the seasonal average, confirming this as the most severe and longest drought in Somalia for decades.

This situation, combined with high food prices and political instability, is causing a humanitarian crisis across the country.

Action to support the Somali people and, in particular, the millions of people whose livelihoods have been damaged or destroyed by drought, or who live in conflict areas, is essential to ensure that climate shock does not push the country back to the brink of disaster (WFP 2023).

CESVI intervenes in Somalia in the fight against malnutrition and with projects to accompany the world of work and to start up small businesses for women.

Like Hibaaq, a 30-year-old woman who lived with her family in rural areas near the village of Galbarwaago and raised a small herd of 52 goats and 8 camels. However, due to the drought, they were displaced and lost everything. “It brings tears to my eyes remembering the loss of our livestock, one after another. It wasn’t just a loss of property; they were truly part of our family. My husband was the hardest hit by the situation, he was depressed and could not get daily sustenance for my family. Since then, my husband has become ill, confined to bed”. From that day on, Hibaaq became the breadwinner and didn’t sleep at night, thinking about how to feed nine people every day, including her six children and her old mother.

Thanks to the CESVI intervention and the support of our operators, last year she managed to start a small business selling clothes and other objects, which represents the only source of income for her whole family.

As part of the project, he had the opportunity to access various materials and training courses to learn how to manage the shop. “I can’t imagine that my business can survive on its own today. I feel happy for the future” Hibaaq said.

Before participating in CESVI activities, Hibaaq and his family could only afford one meal a day. Now they can finally eat regularly and focus on their six children’s education. Also, Hibaaq has big plans for the future. He is saving money to improve and expand his business and hopes that one day his children will be able to build the future they most desire.

Stay by our side to help people like Hibaaq and to fight the effects of the climate emergency together.