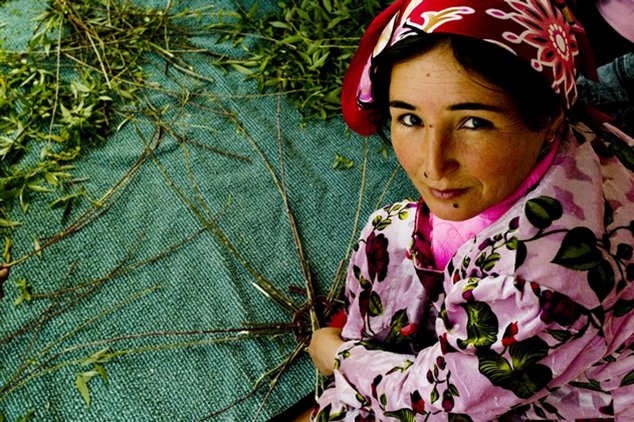 In Tajikistan, in Sughd and Khatlon regions, Cesvi and its partners implemented the project ‘Living with dignity’ to reduce the prevalence of violence against young women through family awareness sessions against domestic violence and economic empowerment of the young women, who received the means to start a business so as to contribute to the family’s expenditures.

We share a reflection on the activities – come to an end in April 2018 -, written by Rachel Jewkes, Director of the UK Department for International Development-funded ‘What works to prevent violence against women and girls?’ global programme – the project’s donor.

I first met Farzona a couple of years ago, when she joined a violence prevention project that I have been working on. In her mid-30s at the time, she suffered from severe headaches and anxiety after years of domestic abuse and malnutrition.

Now, Farzona says she has a full dastarkhan’(table of bread) and never struggles to feed her family. She has her own small bakery business and says that her relationship with her husband is now much better as they are both focused on trying to earn money.

Farzona is one of many of women whose family life has radically improved thanks to a new international aid-funded programme called Zindagii Shoista (Tajik for ‘living with dignity’) which takes a holistic approach to preventing domestic violence by addressing family relationships and ways to earn money, involving both men and women of different generations.

Zindagii Shoista was informed by research which revealed the extent of violence and discrimination experienced by many young, married Tajik women at the hands of their husbands and in-laws, often in the context of rural poverty.

This project was funded by UK aid, but led by civil society groups – the global peace-building organisation International Alert, and the human rights NGO Cesvi, alongside their partners in Tajikistan FARODIS and Women of the Orient.

The 18-month programme showed that when families work together to address gender imbalances at home, and find new ways to make money, it can have a genuine, positive, long-term impact on household earnings, food security, and violence against women.

Microfinance initiatives, cash transfer programmes and poverty reduction initiatives to end violence against women are not new, and they are not effective in all situations. But family-based projects like this one in Tajikistan achieve surprisingly positive results within relatively short periods of time.

Through the course of the programme, the percentage of women reporting intimate partner violence halved. Food insecurity for women reduced by two-thirds, and the proportion of women earning money increased fourfold. Meanwhile, reports of depression in women nearly halved and depression in men more than halved.

This complex family-based programme tackled two critical factors that lead to violence against women and girls: patriarchal social norms and practices, and poverty.

Zindagii Shoistawe’s success was thanks to its careful design, strong foundation of research evidence, and coherent theory of how change happens. It was rooted in gender and power theories, adapted for the Tajik situation, which is one of several contexts in which older women join men in oppressing young women.

Violence against women is pervasive, but it can end. Projects like Zindagii Shoista, that involve both men and women, are more likely to have the greatest long-term benefit.

For lasting change, it is best to work with both men and women to prevent violence. We know this from research and experience. But whether this knowledge can be put into practice depends on whether we can garner real political commitment – and whether national governments, and international donors, will come to the table with the substantial investment that is required.

Read the full analysis on the Open Democracy platform.