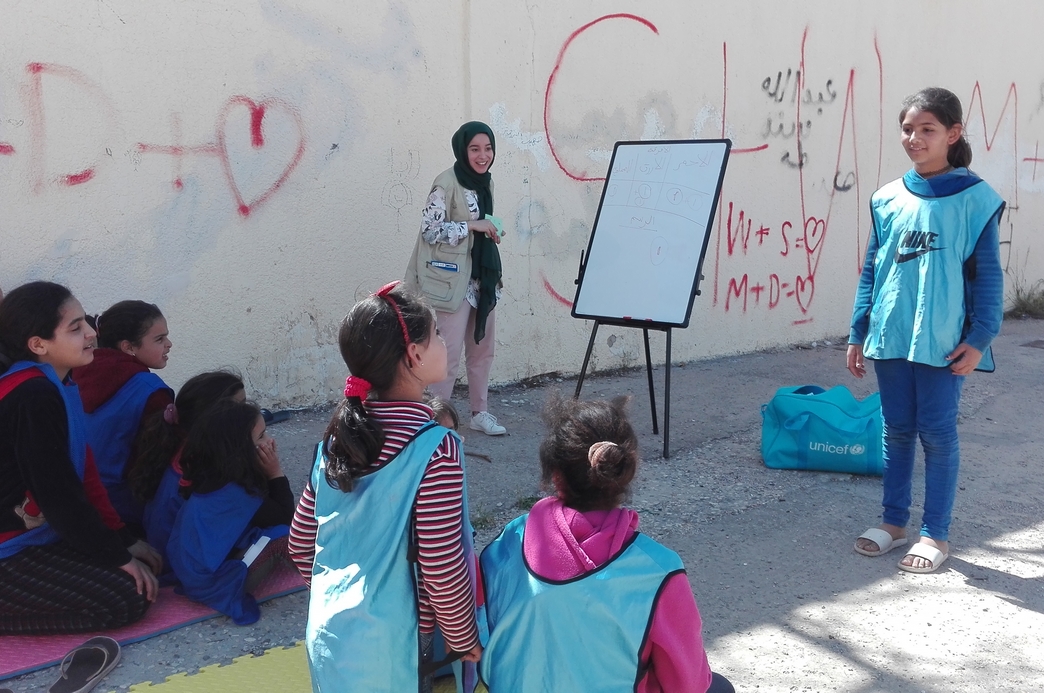 Amel Markus, 26 years old, works for Cesvi Social Center in Tripoli, where she coordinates psychosocial and non formal education activities, group therapies and events that allow the members of the Libyan and the migrant community to socialize and connect.

Amel, why did you decide to work in the humanitarian sector?

I graduated in Engineering and I was determined to pursue a career in that field but when the 2011 revolution turned the Libyan context upside down, I simply had to change my plans: I felt the urge to do something to help my country and my people. I started with teaching English to children, but in the meantime I was actively looking for a job in the humanitarian sector; finally, in 2017 I got hired by Cesvi.

What were your tasks back then?

In that period, hundreds of families were fleeing Sabratha, a small city in the north-west of Libya, because of the clashes among rebels. Single mothers with their children, orphans or unaccompanied minors were reaching Tripoli: desperate people who left everything behind. My job was to identify the most vulnerable people, those who were not even able to reach our centres to seek for help, and explain them how Cesvi could support them. I was also supposed to find families and volunteers who could host the most vulnerable cases.

One year after, I started to work for Cesvi Social Center in Tripoli so as to strengthen the activities there. The Social Center is a place were migrants and the host community get the chance to socialize over the many activities we organize: Arabic, English, IT and mathematics classes; psychosocial support meetings for children and group therapies for adults; awareness-raising initiatives on issues of common interest, for example personal hygiene, diabetes, breast cancer; and social events that bring people together.

Just over a month ago, the Libyan National Army of Marshal Khalifa Haftar and the National Agreement Government of Fayez al Serraj started a civil conflict. How did it affect the activities?

When the clashes began, we decided to temporarily close the Social Center for security reasons. We then moved some of the activities in the Collectives centers managed by the government or the Libyan Red Crescent (LRC), where displaced families are sheltered. We started working in six centers, but lately we had to stop the activities in one of them because it was too close to the clashes. In these collective centers we are carrying out psychosocial activities for children so as to help them coping with the stressful situation they are experiencing.

Why focusing on social support activities in a moment as sensitive as that of a civil war?

Families that are living in the collective centers are confined in a room, they have nothing to do except getting worried about the conflict; children have no chance to engage in positive activities and parents have no time for themselves.

In order to help these people coping with the dire conditions they live in, we involve children in recreational activities that bring their mind away from the situation and let them unload their energies; this way, parents can take some time for themselves and process the whole situation.

Additionally, we are getting ready to promote informal education activities that allow students to continue studying and preparing for exams that should take place at the end of Ramadan, in June.

You live in Tripoli: what does it mean to live in a city under siege?

Clashes take place in the suburbs, so people like me who live in the city center have kind of a feeling of normality: shops and bars are open, everyday activities go on. But in the background you can hear the sounds of the war: whistles of missiles and  blasts of bombs that remind you that at any moment, everything could end. It is particularly hard for children: when my little niece hears the explosions, she wakes up crying; to calm her down, I tell her it is fireworks.

As for me, I just focus on doing my best: the outcome of the war is not under my control so the only thing I can do is to get on with my work and try to help those who are suffering the most.