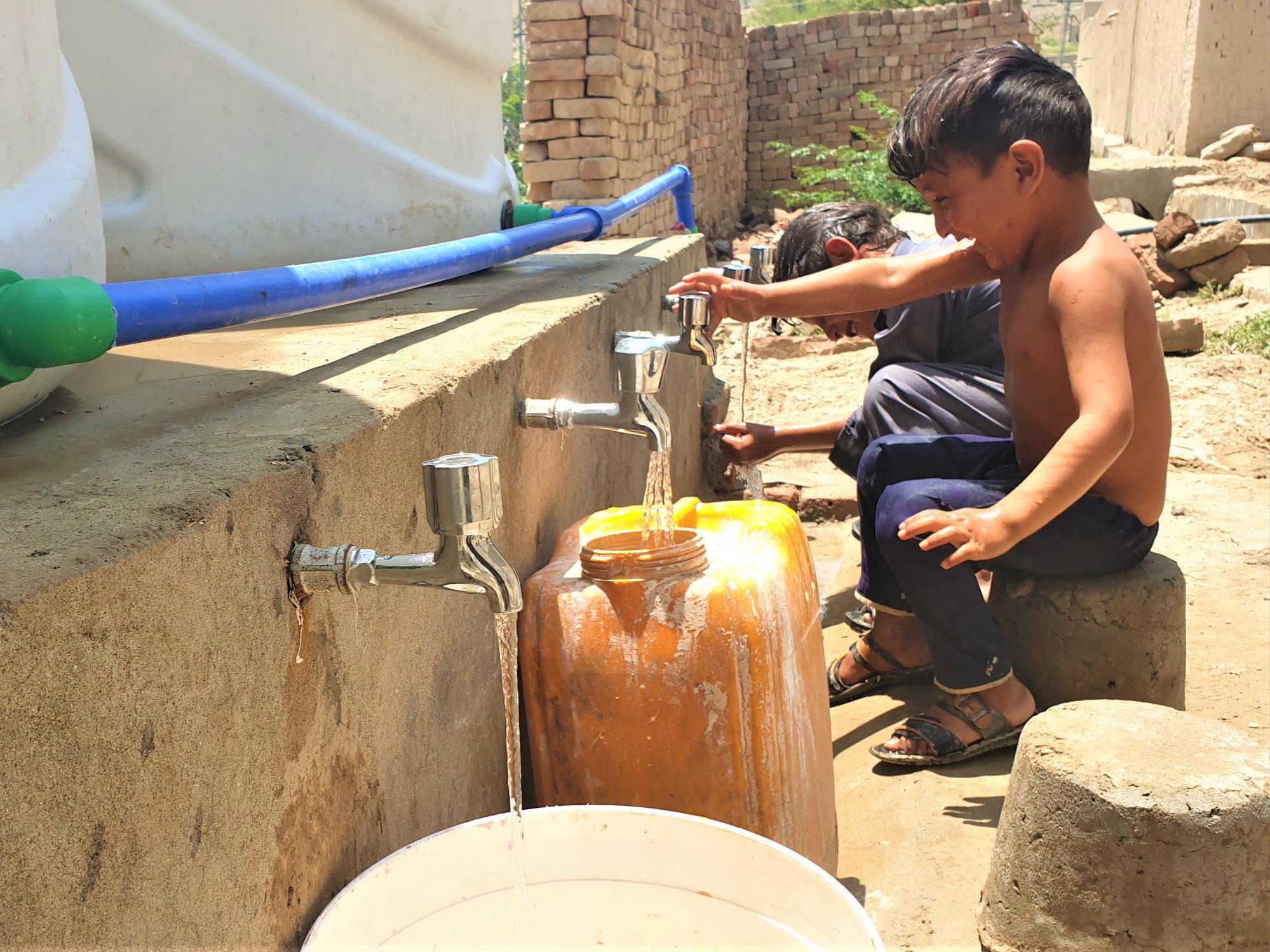 In June 2014, instabilities in north-western Pakistan forced over 5 million people into displacement, leaving their homes and all their belongings in the hope of finding shelter and safety in neighbouring regions. Among them, there were also the 2,320 inhabitants of the small village of Gul Akram Kot, in North Waziristan. Following the unrest, they were forced to abandon the quiet Waziri mountains to find refuge in the temporary displacement (TDP) camps of Bannu, Dera Ismail Khan and Peshawar.

After more than 3 years, they were finally able to go back to Gul Akram Kot. However, what used to be a quiet and peaceful village was now reduced to a heap of rubble. Their homes were in ruins and all infrastructures were rendered unusable by years of neglect. One of the main problems the villagers had to face was the lack of clean and drinking water. The main tube well in the hamlet has been severely damaged and there was no alternative water source in the surroundings.

At first, the people of Gul Akram Kot were forced to walk a long way to the neighbouring village to fetch water. However, after a few months, it was clear that it was not possible to supply enough water for both villages through that only source, resulting in protests and grievances between the two communities. Hence, the villagers of Gul Akram Kot were bound to collect water from the main bazaar in the town of Razmak, 4 kilometres away from the hamlet. “Most of our time would be spent in bringing home water for drinking and other uses”, recounts one of the residents.

Moreover, people resorted to storing and using rainwater to address their needs. However, the lack of clean and safe drinking water caused the rise of waterborne diseases among the population, affecting mainly the most vulnerable such as children and elderly people. Also, some villagers used water collected from a pond using electric motors and causing health problems to the population due to the contaminated water.

Unfortunately, the harsh and very difficult conditions endured by the people of Gul Akram Kot are also experienced by many other villages and towns in Waziristan. Therefore, Cesvi – in partnership with Participatory Rural Development Society – is implementing a USAID-Bureau for Humanitarian Assistance funded project in the tehsils of Mir Ali, Miran Shah and Razmak in North Waziristan and the tehsils of Saraogha and Sarwakai in South Waziristan. The “Humanitarian Assistance for Vulnerable Returnees Affected during Peace Operation in Tribal District of Khyber Pakhtunkhwa, Pakistan” project is specifically designed to meet the immediate livelihood and water, sanitation and hygiene (WASH) needs of the communities affected by the unrests of 2014 and the consequent prolonged displacement.

In December 2020, Cesvi and its partner have reached the village of Gul Akram Kot – selected because of the extreme poverty and lack of function infrastructures – to assess the village’s needs and water supply scheme. The water supply and distribution lines were severely damaged. Furthermore, the pump house structure needed renovation and the whole scheme needed to face many electricity shortfalls, which made the tube well unusable.

Thanks to Cesvi, the tube well was rehabilitated and solar panels were installed to allow the water supply system to run smoothly and continuously using renewable energy. Moreover, the supply and distribution lines were repaired and replaced and storage tanks reconstructed. In August 2021, all physical work was completed and now the people of the village finally have access to clean and safe drinking water. Finally, Cesvi and its partners have formed and trained an Operation and Maintenance Committee to carry out minor repairs and regular maintenance of the system, ensuring the sustainability of the water source in the long run.

“The people of my village are now using clean and safe water after the scheme was rehabilitated. The water is in such abundant quantity that around 20 households from the neighbouring village are also using this tube well to meet their needs. I and my village people are very thankful to Cesvi, PRDS and USAID-BHA for providing us with safe drinking water at our doorstep” says Malik Akram Khan, an elder of the Gul Akram Kot community. 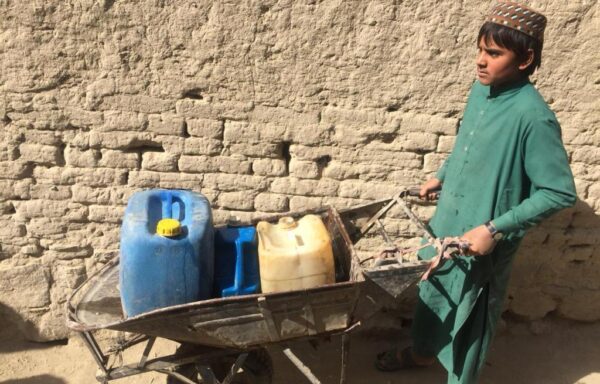 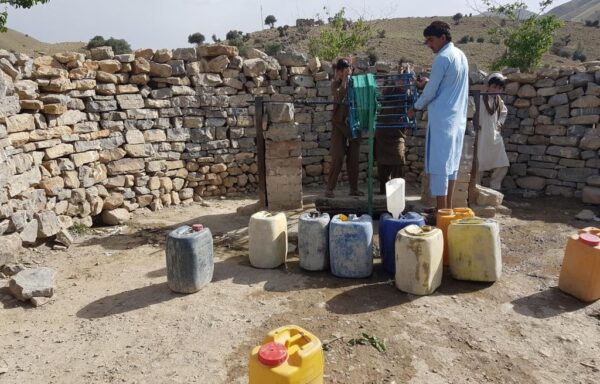 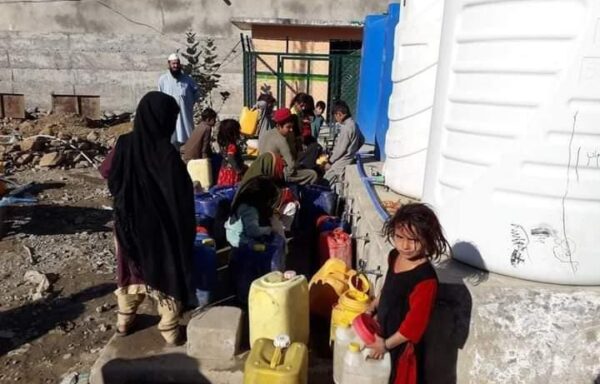 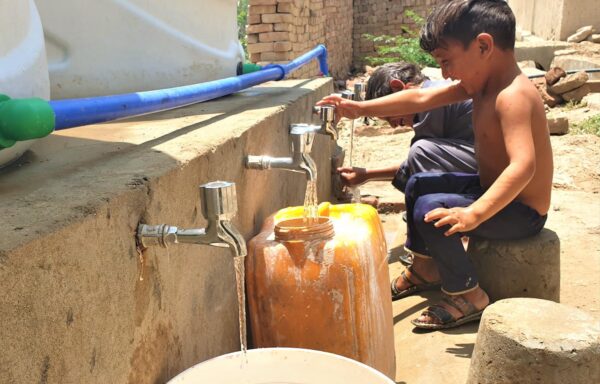 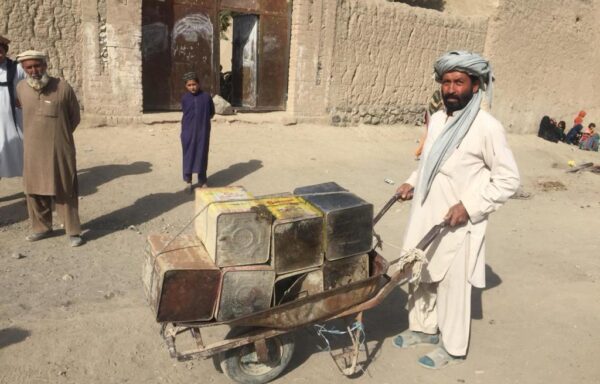