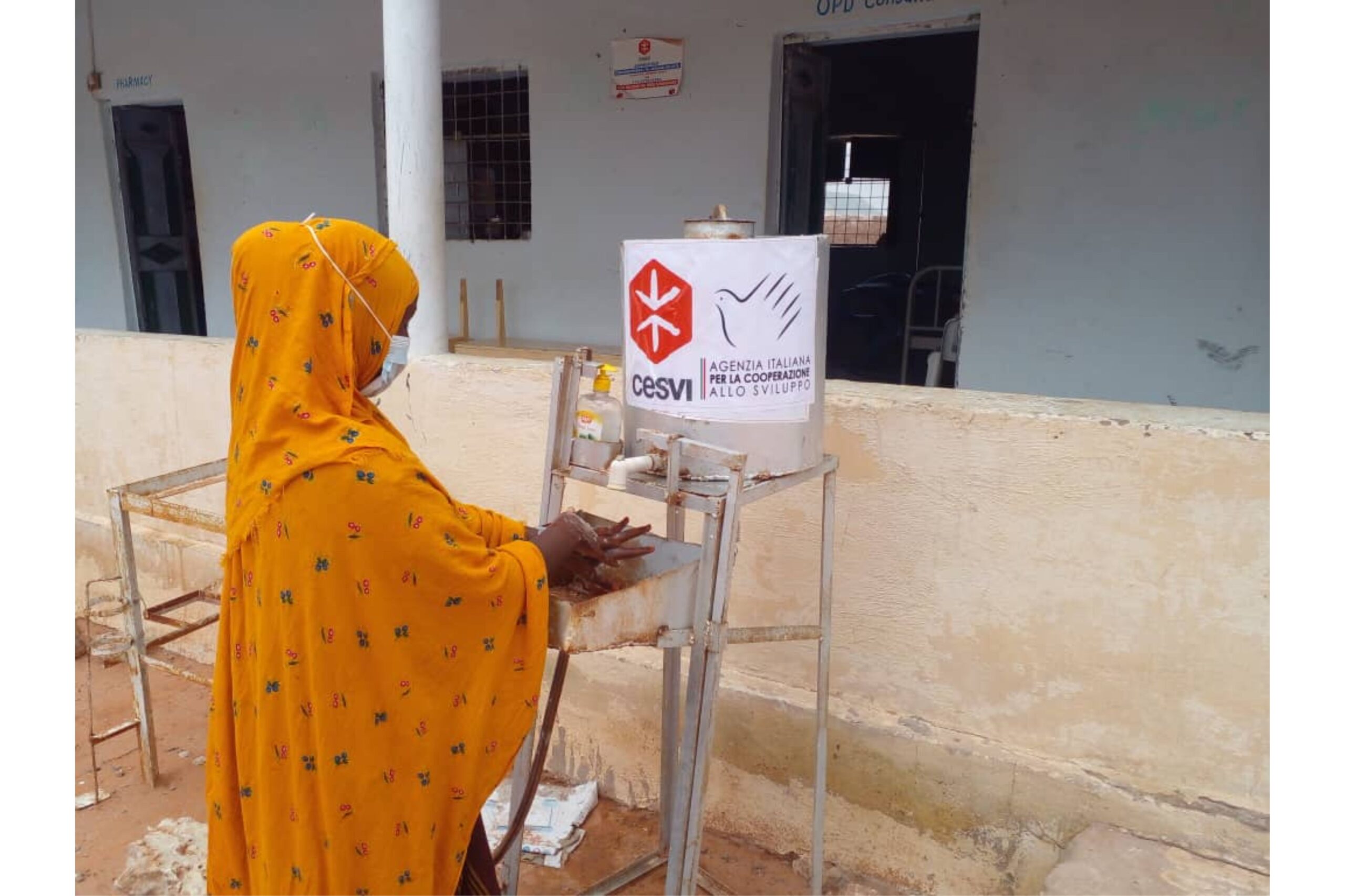 “I used to live in Lasahawiye village near Galbarwaaqo with my husband and children. We were shepherds and our livelihood depended on livestock, we had 140 goats. Now, it’s all gone. The living conditions became unbearable and we had to move to the village”.

Hadiyo Omar is a 24-year-old mother who lives in the Somali village of Galbarwaaqo and takes care of her three children, her husband and mother every day. They have been living in dramatic poverty for years after being displaced from the village where they lived on the earnings of Hadiyo’s husband who sells medicine for livestock in a small village pharmacy. But now, with severe famines hitting the country hard, there are no more livestock. As for her, the other villagers are also struggling to adapt to climate change and to face the prices that are rising due to the inflation of raw materials throughout the Region.

“I met CESVI when I arrived in the village of Galbarwaaqo and received help for my children. CESVI helped me when I had to give birth. I am very grateful to the operators who have helped me”.

Hadiyo, like many other women in the Region, visits the health center managed by our operators on a weekly basis to meet the midwife and is included in a gynecological and nutritional treatment and counseling programme.

One day Hadiyo would like to become a businesswoman and help feed her children and support her family.

Somalia is experiencing a historic drought, with a four-season absence of rainfall leading to mass displacement, livestock die-offs and a devastating food crisis. The drought is expected to intensify even more as a new dry season is expected to begin in October this year. Furthermore, persistent conflict, unresolved political tensions, and global supply and price shocks are further exacerbating water and food crises (FAO, 2022).

The number of people affected by the drought increased from 3.2 million in December 2021 to 7.8 million in August 2022. The number of displaced people reached 1,170,842 at the end of September. Of these, 1.015 million are women, children and the elderly. Most of them have taken refuge in the main cities in search of humanitarian assistance, but in these places they find themselves living in congested settlements with poor sanitation conditions. In addition, pressure on critical services such as water, sanitation and health poses a major threat to their well-being (IOM, 2022).

CESVI has been intervening in Somalia since 2006, with the aim of contributing to the improvement of the living conditions of the populations affected by the humanitarian crisis and environmental shocks, in the regions of Lower Shabelle, Mudug, Galgadug and Hiraan and improving access to health services and nutritional essentials, promote knowledge of hygiene practices, as well as promote food security for populations affected by the crisis.

Help us stand by the Somali people.