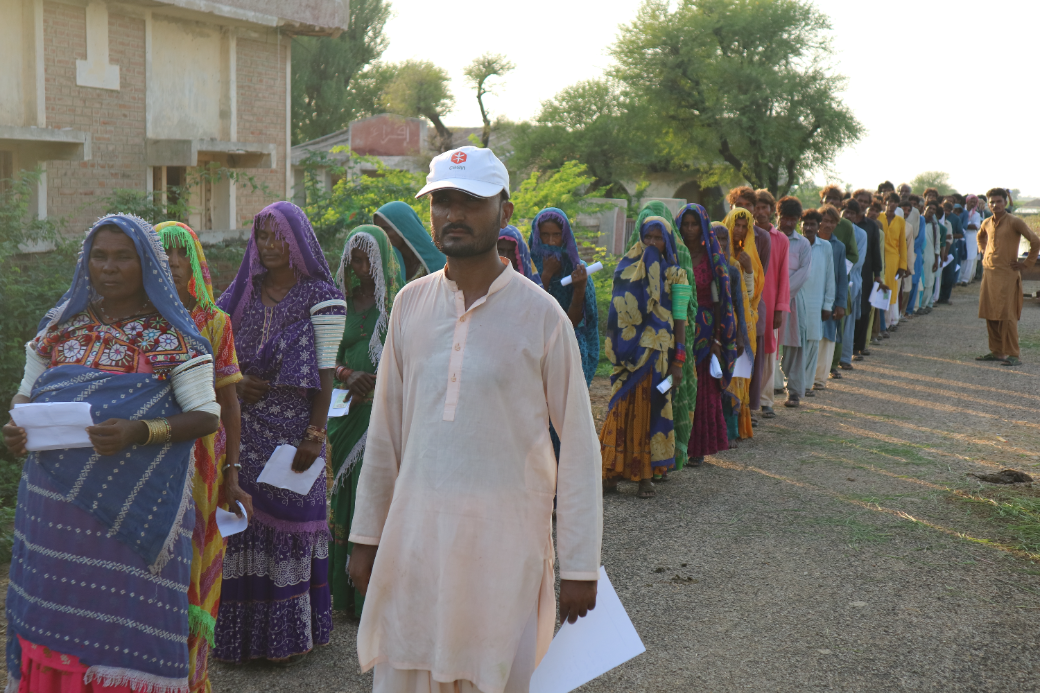 Between 8 and 10 September, UN Secretary General Antonio Guterres organized a visit to Pakistan to offer solidarity and support to the local community. Since June of this year, the country is experiencing a serious humanitarian crisis, caused by one of the worst monsoon seasons in its history.

During his visit, the Secretary General visited the areas affected by the flood and met with government officials, the diplomatic community, and a delegation of NGOs, led by Country Director CESVI Farhan A. Khan, and a group of entrepreneurs.

Guterres asked the international community to allocate massive aid to the Pakistani government to tackle the crisis, underlining the injustice and the disproportionate costs that the country is paying in terms of climate change, despite being responsible for only 1% of greenhouse gas emissions at a global level.

Of the 33 million people displaced in the 116 districts most affected by the floods, an estimated 6.4 million people, of whom about 3.4 million are children, are in need of immediate assistance (UNICEF, 2022).

In addition, more than 1.2 million hectares of agricultural land have been damaged in Sindh province alone and access to education has been cut off for more than 3.5 million children, with many schools damaged or closed as a precaution (UN OCHA, 2022)

CESVI’s intervention in Pakistan has been focusing since 2005 on training activities for the local population on the issues of resilience and management of natural disasters. In particular, starting from 2021 we have activated the project “Strengthening resilience of populations vulnerable to recurrent disasters and emergencies in Sindh“, thanks to which we have supported 50 villages, and offered 31,795 people training to improve their ability to respond to crises.

During this latest crisis and as part of the same project, CESVI distributed 1,000 emergency kits containing personal hygiene products, soaps, washing buckets, water tanks, water purification tablets, and mosquito nets, useful tools to mitigate the risk of infections in the population affected by the emergency, such as diarrhea and malaria.

At the moment, the reached population amounts to 5,500 people (corresponding to 1,000 families) and is located in the district of MirpurKhas, in the province of Sindh.

The CESVI staff is preparing new distributions of emergency kits and is developing project proposals to implement a wide-ranging intervention and emergency support.

We work every day to support the population affected by the flood, caused by the climate crisis.

Stay by our side to make it possible.