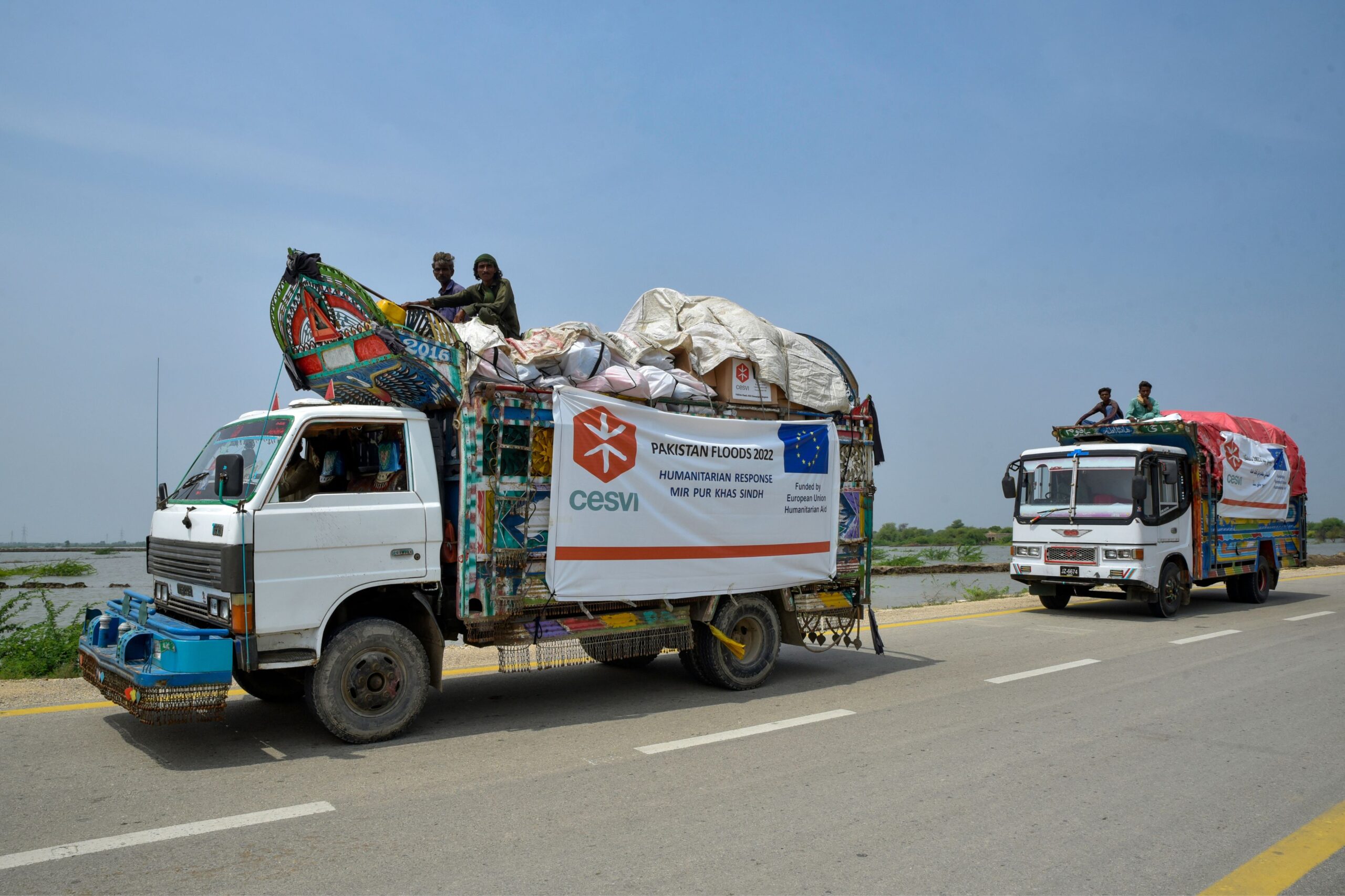 Support the people of Pakistan badly affected by the flood!

In Pakistan, the number of people affected by the floods continues to remain dramatic: 33 million, of which 7.9 million are internally displaced.
Even if the rainy season is drawing to a close, in the southern provinces the situation is still critical and there is indeed an increase in the water level in the flooded areas.
The permanence of stagnant water around the fields and settlements for the displaced represents a fertile ground for the spread of water-related diseases, such as malaria, diarrhea, and dengue.

The permanence of stagnant water around the fields and settlements for the displaced represents a fertile ground for the spread of water-related diseases, such as malaria, diarrhea, and dengue. In the provinces of Sindh and Balochistan – the most affected – the most diagnosed diseases these days are in fact acute diarrhea and malaria (UNICEF). Since 1 July in the Sindh province alone, 318 victims of malaria and diarrheal diseases (WFP) have been reported.

Furthermore, even before the floods, 5.96 million people were at risk of food insecurity. The current ongoing emergency has further exacerbated hunger in the region: due to the loss of livestock, fields, and other income opportunities, WFP and FAO estimate that the number of people at risk will rise to over 11 million in the next few months.
To this already very serious health situation is added the growing concern about food insecurity.

Even before the floods, 96% of children under the age of 2 in the worst affected regions did not have access to enough food for their nutrition and at least 40% of children under the age of 5 suffered from chronic malnutrition. Due to the emergency, these numbers will only increase further (WFP).
With families who have lost their livelihoods and are dependent on humanitarian aid, we are also seeing an increase in child labor and the number of girls married (UNICEF).

CESVI – thanks also to the support of the project “Strengthening resilience of populations vulnerable to recurrent disasters and emergencies in Sindh“, funded by DG ECHO of the European Union – continues to support the Pakistani population in coping with the emergency, organizing the distribution of emergency kits containing personal hygiene products, soaps, washing buckets, water tanks, water purification tablets and mosquito nets, tools necessary to mitigate the risk of infections in the population.

Continue to remain together with CESVI alongside the most vulnerable, we still need your help.