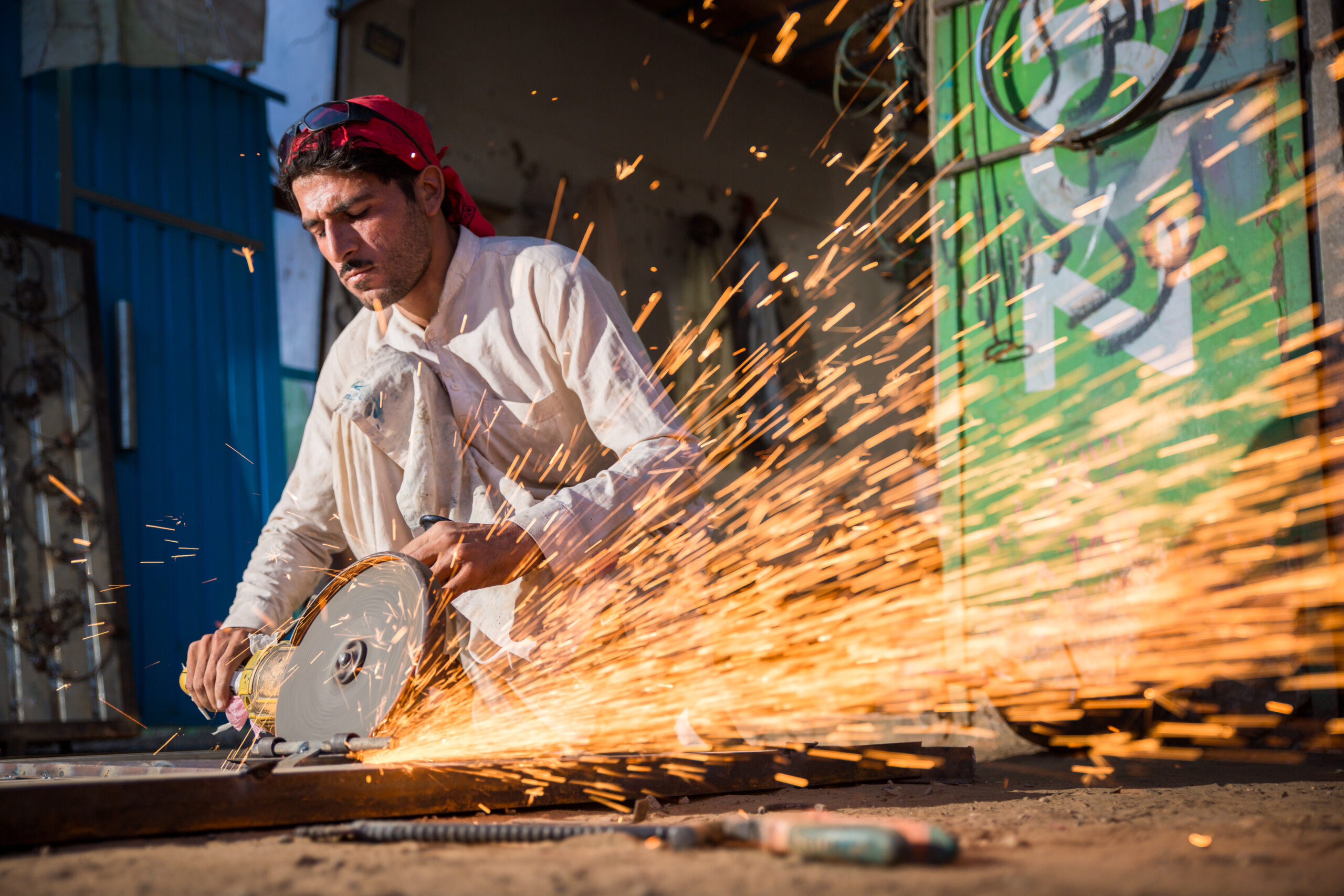 Dande Darpa Khel is a village in tehsil Miran Shah, North Waziristan. In 2014, the little town was severely affected by the instabilities in north-western Pakistan, which forced over 5 million people into displacement in the whole country, including the 17,500 inhabitants of Dande Darpa Khel, who could come back to their village only in 2018.

As a result of the instability, the region has been experiencing a scarcity of basic infrastructure and livelihood opportunities. Before the conflict erupted, the people of the village were mostly vendors and the protracted complex situation completely destabilised the market system. Therefore, the villagers were among the most affected in terms of livelihoods and found themselves with little to no opportunities and resources to restart their businesses. As part of the project Humanitarian Assistance for Vulnerable Returnees Affected During Peace Operation in Tribal District of Khyber Pakhtunkhwa – funded by USAID-Bureau of Humanitarian Assistance – Cesvi and its partner, PRDS, helped rehabilitate 650 micro-enterprises.

Sahib Noor Zada and her family

In 2007, Sahib Noor Zada became a widow when her husband, a welding shop owner, died of a heart attack. She was responsible for her five children and became the only breadwinner to support her family. She started learning welding techniques and continued her late husband’s business. Over time, she became more and more skilled and her business flourished. Therefore, she could finally afford to educate all her children and dreamt of their bright futures.

However, things abruptly changed in 2014 following the instabilities in the region. Sahib Noor Zada and her whole family fled their village quickly and moved to Bannu, leaving everything they had behind – including all her business assets. During the 4 years of forced displacement, she had no source of income and relied on support from the government and humanitarian organizations.

“I did not start my business while being displaced because all my equipment was left behind in North Waziristan and repurchasing it was way beyond my reach. During this time, I was unable to afford the education costs for all my children, so, I took my daughters out of school and only my son continued his education.”

After 4 years of displacement, the family was finally allowed to return to their village, but they came back to a very different place. Their house was completely damaged and everything was crushed under rubble. Her welding equipment was either completely or partially damaged.

“I repaired partially damaged items and could resume my business but there were many challenges, the most common of which being the unavailability of electricity. I lost my generator so I couldn’t work as I did before. Another challenge was to buy basic equipment but for that, I didn’t have any cash.”

Alongside the challenges to provide for her family, Sahib Noor Zada faced yet another tragedy: Her eldest daughter became a widow within the first year of her marriage and returned to her mother’s house with her newborn daughter. Sahib Noor Zada now had additional mouths to feed, and the pressure to succeed increased.

Sahib Noor Zada was recommended for the project’s in-kind support by the Village Committee because of her extremely vulnerable situation. After the assessment and final selection, the project staff facilitated her in developing a business plan for the welding shop and identifying the items needed to restore her livelihood.

Sahib Noor Zada received her tailored welding kit from Cesvi, full of items she needed to work effectively as she did before the protracted instability, including a generator, welding rods, wires, and an electrician’s toolkit. While her old welding machine was incredibly heavy and limited her work within her house, the new portable material allows her to work outside her house as well, expanding her work opportunities.

“I am very grateful to Cesvi and PRDS for all this support, I can start afresh with my business”.

The video below, realised within the USAID-BHA-funded project, tells the stories of the many vulnerable people supported by Cesvi in rebuilding their hopes and dreams. Watch the documentary, Impacting Lives: