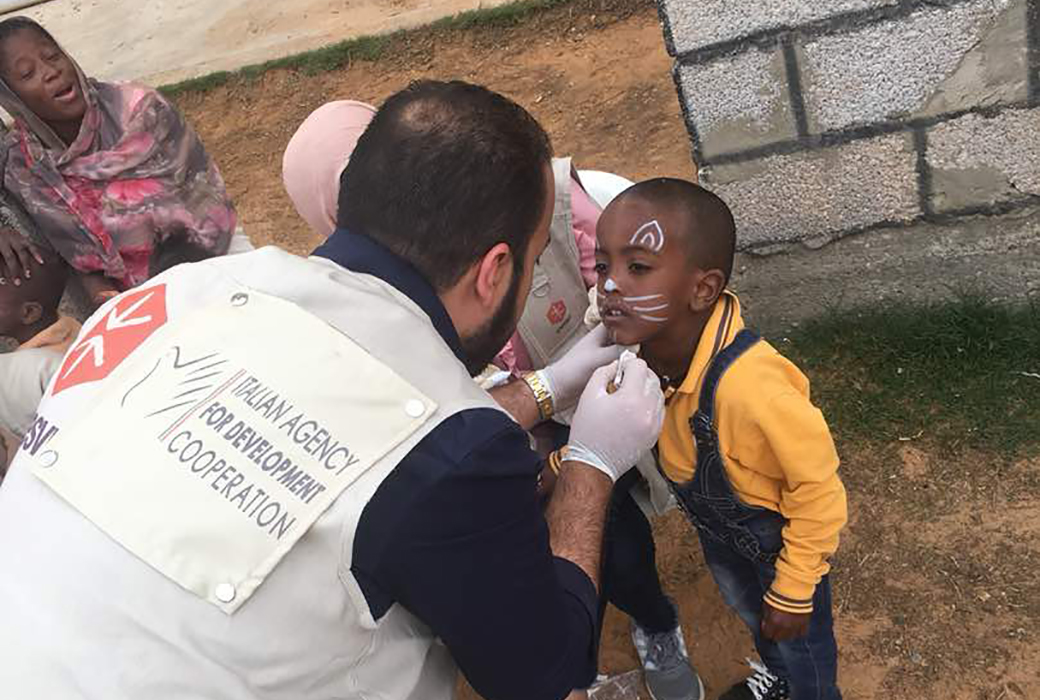 Cesvi has been operating in Libya since 2011, when – after the Arab Spring popular uprisings – it entered the country as the first Italian organization. Since then, our intervention has gone through many different phases in order to respond to the local needs that changed as well as the context itself.

During the civil war, our efforts were focused on the humanitarian aid; now, we aim at protecting the most vulnerable categories: refugees, asylum seekers, migrants and IDPs, all victims of the ongoing violence which has been affecting the country for years.

Our latest intervention is funded by the Italian Agency for Development Cooperation (AICS) and aims to enhance the living conditions of refugees and migrants in the Detention Centers of Tariq al Matar, Tariq al Seqa and Tajoura (Tripoli). The extremely bad living conditions (overcrowding and poor infrastructures) can worsen their health and psychosocial wellbeing, which are already at risk because of the traumatic events experienced during the journey.

Through the profiling activities we collect information on the identity, history and needs of the detained people. We try to identify the needs of each person as, for instance, the need of a specialized psychosocial support. The victims of torture, human trafficking or gender-based violence always need this kind of support.

Our specialized operators work to help the identified people directly, or refer them to other organizations working in the Detention Centre, for example for providing them with medical services.

When people are particularly vulnerable – e.g. unaccompanied minors –, Cesvi refers the case to the UN agencies that are responsible for the release request. It is what happened with Kali, 4 years old.

Kali (invented name) is a 4-years old girl from Guinea Bissau, an unstable country with one of the worst 20 GDPs in the world. Given the poor living conditions, her father had no other choice but to leave and bring his little daughter with him.

They embarked on a boat in Libya to reach Italy but, after a while, they were intercepted by the Libyan Coast Guard. There was no time for thinking: Kali’s father dived into the water, whereas the child was left alone on the boat which was supposed to carry her towards a new life.

Kali was taken into one of the Detention Centers where Cesvi works. The staff provided her with a first psychosocial assistance, trying, in the meantime, to understand the situation and what was happened to the little girl. Therefore, her case was referred to the competent UN agencies, which were in charge of requesting her release and facilitating the reunification with her father.

In the meantime, the child had been assisted by the psychologist and Cesvi’s staff, which involved her in recreational and psychosocial activities to monitor her condition and support her during her detention.

Thanks to UN pressure and the support of Guinea Bissau Embassy, Kali has been finally released and is now in a safe space, waiting to be reunited with her father.

Photo: recreational activities for children in a Detention Centre.