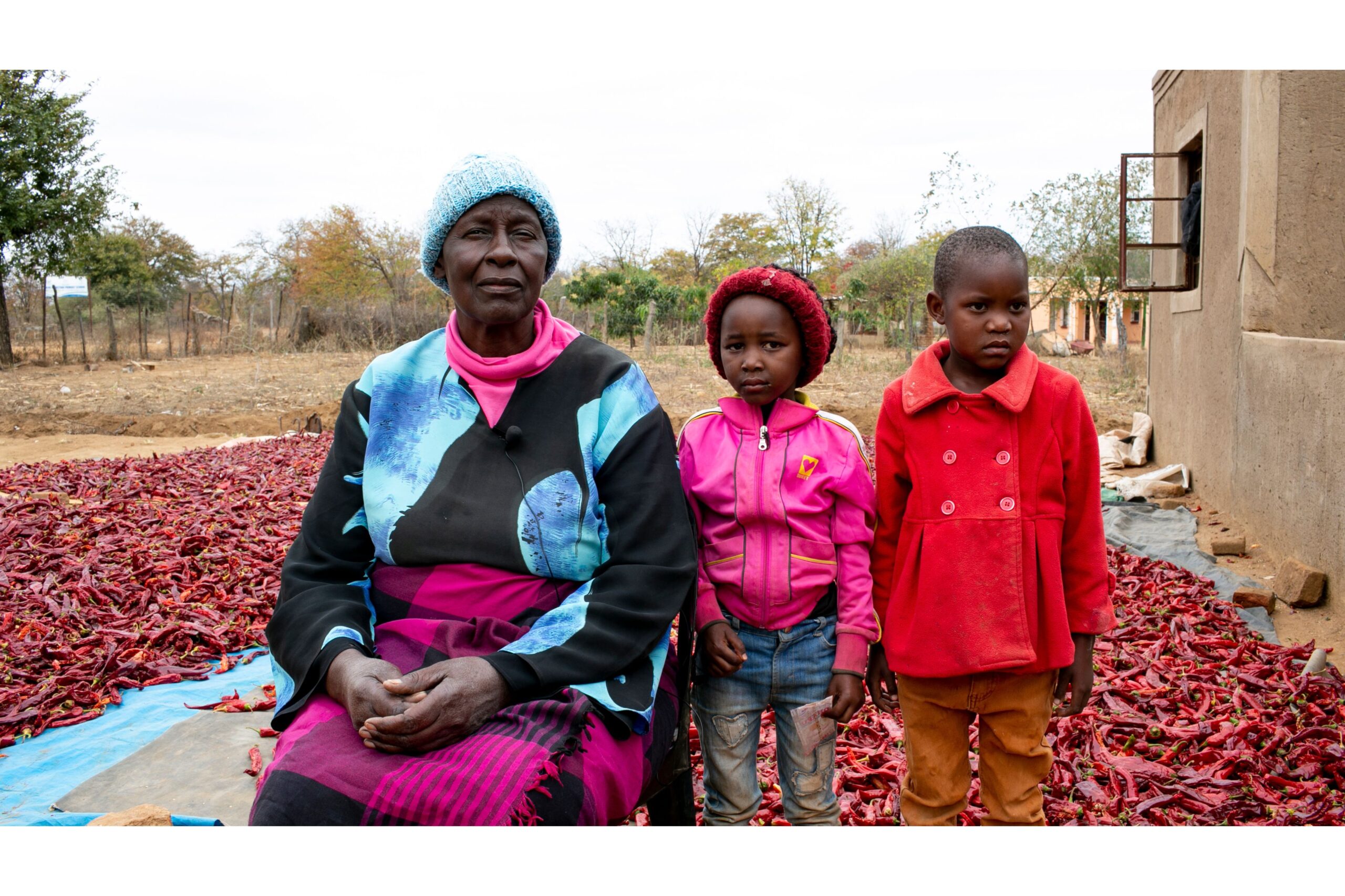 In Zimbabwe, the climate emergency, combined with hunger, leads the population to struggle every day to earn survival and dignified daily life.

Like Maina Ncube, grandmother of four children who in recent years, due to recurring droughts, had obtained very poor harvests and struggled to put food on the table every day.

Today, thanks to the CESVI initiative dedicated to paprika cultivation, she is able to support her family and guarantee a better future for her grandchildren.

“CESVI taught me how to grow paprika and how to become an independent farmer, able to resell the product and keep the little grandchildren… I hope the situation improves… my future and that of my family is linked to the next harvests”.

Food security in the country has, in fact, further worsened at the beginning of 2022: the devastating effects of the change have generated disastrous effects on agricultural activities and on the economic conditions of the population, which today is 49% in a situation of extreme poverty.

In particular, it is estimated that around 30% of the rural population suffers from food insecurity today, while another 3.8 million will be by March 2023 (WFP, 2022).

Zimbabwe continues to be among 20 countries where food insecurity is on the rise, due to erratic rainfall and the resulting decline in agricultural production, combined with the effects of persistently high inflation, which is the highest in the world.

Furthermore, since the beginning of the Ukrainian crisis, the impacts have been felt strongly in the country, as well as around the world, causing price spikes in basic necessities, such as food and fuel, supply chain disruptions, and a general deterioration of living conditions, in particular for the vulnerable sections of society, with also an increase in migratory flows of 1% (FAO, IOM, WFP, 2022).

CESVI has been present in Zimbabwe since 1998 with initiatives to support the local population in the agricultural sector. In particular, we support the development of crops adapted to increasingly difficult climatic conditions, the construction of irrigation systems, and the adoption of new technologies to monitor fields. These and other activities facilitate the inhabitants to resell their products in the local market and to live with dignity from their work.

By continuing to be by our side, you will ensure a better future for many other families like Nonna Maina Ncube, a local grandmother, and entrepreneur.

Donate now to tackle the climate emergency in the Horn of Africa.