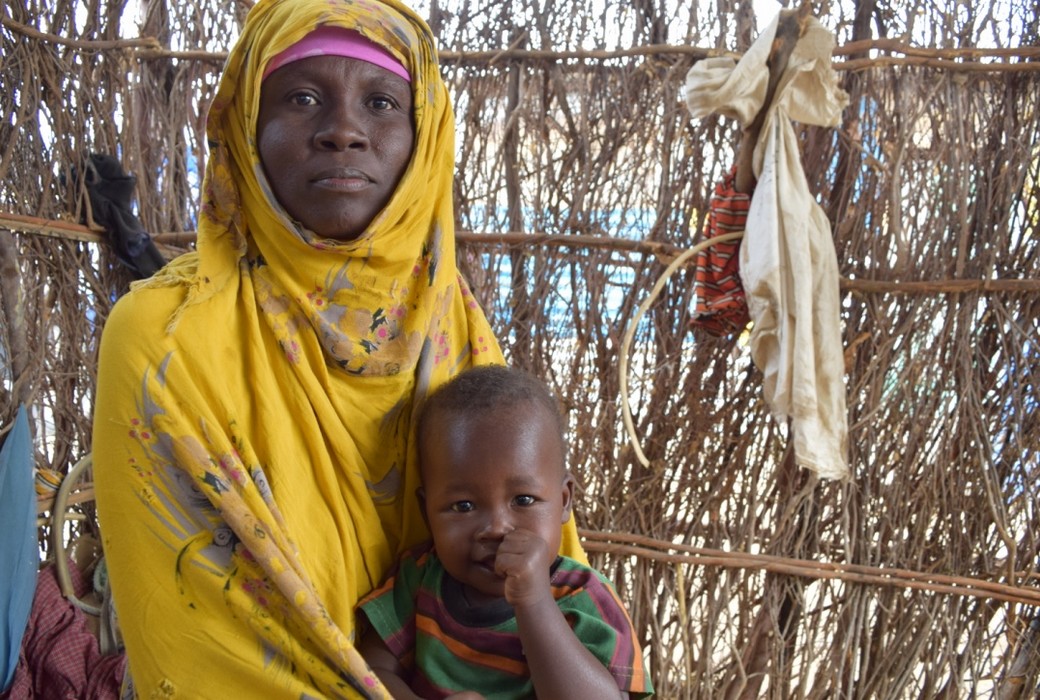 Children chase each other in Buulo Yakub IDP camp, bare feet playing football in the little open space available. There is life in the settlement, the sounds of laughter and chatter ring through the settlement. But poverty is evident, the backdrop to broad smiles are worn shelters and no infrastructure. The Internally Displaced Persons (IDP) settlement of Buulo Yakub is situated within Beledweyne town with an estimated 530 households. The settlement is one of the largest in the town. Each month since the height of the drought, more and more families have been fleeing its devastating impact and flocked into urban centres such as Beledweyne. The displaced settle in IDP settlements such as Buulo Yakub. The Cesvi initiatives – implemented in the framework of BRCiS Consortium and funded by DFID – in Beledweyne are both rural and urban. The urban initiatives focus on emergency cash injection to prevent communities falling into destitution. Whilst the longer term rural initiatives aim at strengthening rural capacity through provision of donkey carts.

In April 2017, Cesvi gave unconditional cash transfer (UCT) of $70  for 4 months to 250 households in Buulo Yakub. This money was a lifeline to a community that was hard hit by drought, soaring unemployment and a financial crisis in Hiran region. Fadumo Ahmed, a mother of 4, who has lived in Buulo Yakub for 3 years, explains how she used the UCTs: “The first instalment was used to pay our debts. Since the drought we have been buying everything on credit, there are no job opportunities and many of the vendors have been quick to let us buy food at an inflated price. We were desperate so we accepted”. It is not uncommon that communities in times of natural disaster and hardship buy on credit, however vendors capitalise on the desperation to inflate prices during these periods. Fadumo Ahmed has used the opportunity from the UCTs not to only break the cycle of buying on credit but to start a small business too: “I paid off the remainder of my debt with the second month instalment. With what I had left I expanded my shelter and added a small kiosk. I did not want to be dependent anymore on vendors and I know that this money will not continue to come every month. I needed to do something that can give me some income”.

The financial crisis that hit Hiran region affected Fadumo: “I had always wished to create my own small business, so I joined the local women in Ayuuto” (traditional group based money saving scheme).

Fadumo has been able to bounce back from the crisis and the drought. She now runs a small kiosk, selling staples such as rice, flour, sugar, along with vegetables and cleaning products. Her shop is increasing in scale: “Not many of the people in the settlement have opened a kiosk like me. So I still have very good business, people come and buy from me because I am more convenient than going to the town”.

Fadumo now makes enough to sustain her young family. With four young children all in school, her living costs are increasing, “Although the school is free the uniforms and the equipment are not”.  Luckily, with the increased income from the kiosk, the children are eating more frequently, “My children eat three meals a day. I am always home or in the shop and I can keep an eye on them, they do not often get sick because they are getting stronger each day”. Fadumo has been able to strengthen her families coping mechanisms all round, “before we were dependent on manual labour, I was out all day as a cleaner for a few of the local shops, it was hard work and very poorly paid, I worried about my young children all day. But now I am home with them and my business is slowly growing”.

The story of Fadumo serves as a reminder that the urban poor in the region are also in dire need of longer term resilience programming. Programming that helps them find durable solutions to their displacement and allows them to better locally integrate. For women like Fadumo who came to Hiran as IDPs having a dignified livelihood source allows them to integrate better. “I came from Middle Shebelle 4 years ago, I have been struggling to make ends meet, but now I finally feel like we are finding our way”, she says.