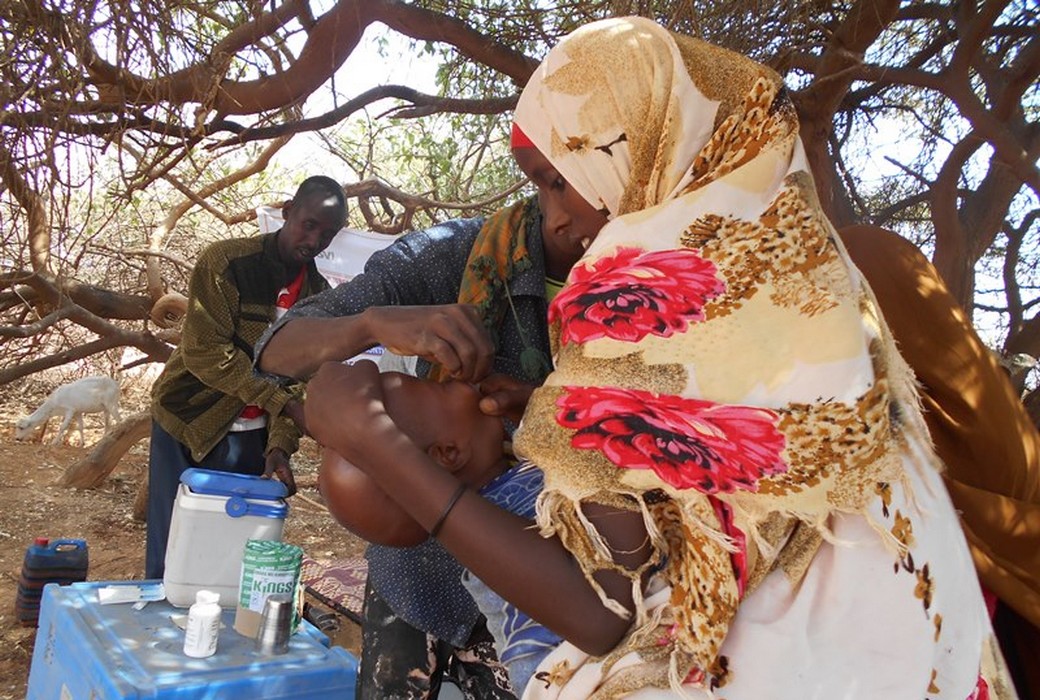 In the past two years Somalia went through an extremely heavy drought. Harsh conditions persist for the population, who is simultaneously facing a violent civil conflict and its consequences. More than 3 million people – about one fifth of the whole country’s population – remain severely food insecure and need urgent humanitarian assistance.

Cesvi provides a prompt response to the crisis through the ECHO funded project “Integrated humanitarian assistance to conflict and natural disasters affected population in South and Central Somalia”. The project focuses on the implementation of an integrated health and nutrition program in Hiraan and Mudug regions. Thanks to the mobile clinics in use, the Nutrition program is able to reach remote villages such as Shirkaneeco, Lebow, Doyale, Baadi Keen, Mahamud Gacal and Elcade. Here the medical staff treats severe and moderate cases of acute malnutrition thanks to the free distribution of therapeutic food.

Khadija Abukar Cumar is 39 years old and mother of a two years old child named Yahye. She holds a small tea hut in Lebow village, in central Somalia. She earns approximately 3 or 4 dollars a day, which is not enough to cover daily expenditures such as food, rent, gas for cooking and medical costs. She requests credit from local shop in order to feed her children. She manages to pay back her credits almost every month, but then she has to request them again because her income is never enough.

In September Khadija brought her son Yahye to Cesvi’s mobile clinic because he was sick. The child had history of diarrhea, vomiting, cough and poor appetite. Nurses immediately recognize physical signs of acute malnutrition: he had sunken eyes and moved legs with difficulty. His weight was less than 6 kilograms.

The nurse administered therapeutic food to Yahye and put him in the ambulatory program for the treatment of malnutrition cases. At the beginning of October he was successfully discharged and he could start the supplementary therapeutic nutrition program. Nurses say he responds positively to the treatment, and his mother is happy because Yahye has finally gained appetite and is able to play with other children. His weight is now almost 7 kilograms, an achievement that had seemed impossible just two months ago.