HomeBlogNewsEscalation of violence in Libya: Cesvi works for children and vulnerable groups 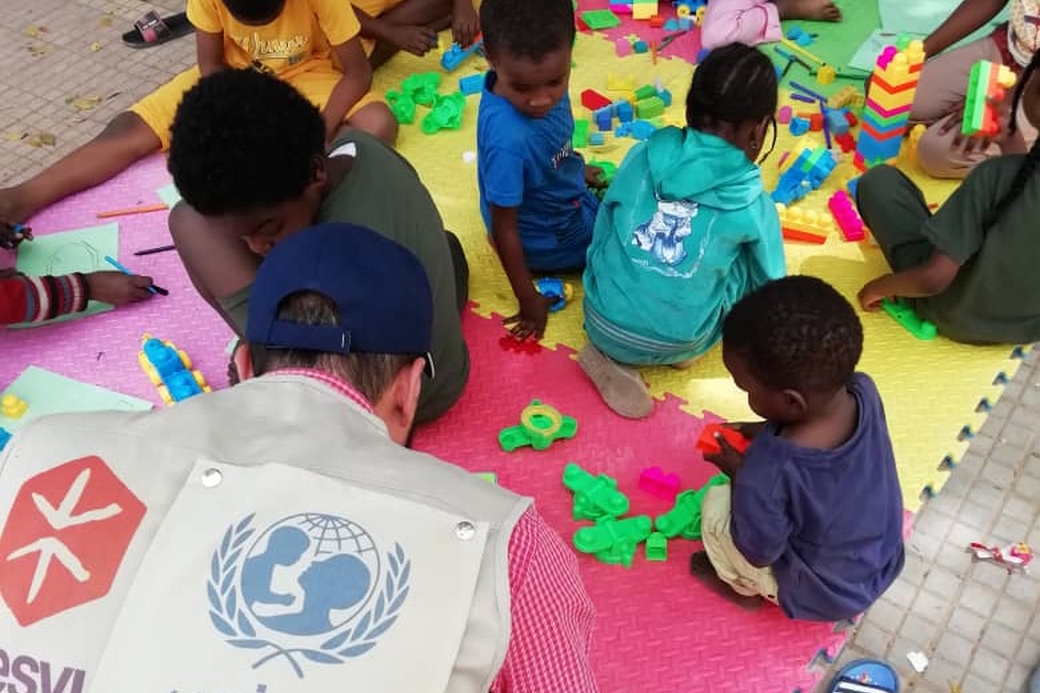 Since early April 2019, as a result of rapid military advances from the south, Tripoli’s southern suburbs began to see levels of conflict they had not experienced since 2011. The deteriorating security situation (the presence of armed group activity shelling, airstrikes and the consequent lack of key services such as electricity and water), pushed approximately 35,000 individuals from affected neighbourhood in the Tripoli area to leave their homes, becoming displaced throughout Tripoli and West Libya.

Many Internal displaced People (IDPs) have moved to areas in close proximity to the frontline, where they remained at risk of shelling and violence, while others managed to move farther from the frontlines, dispersing to the neighbourhood immediately surrounding Tripoli.

As a result of the ongoing conflict, most schools in conflict-affected neighbourhood were reportedly closed. In order to address the ongoing displacement among the areas, local authorities and community groups reconverted dozens of local schools into collective shelters, which are currently hosting about 2,230 IDPs. In addition, several schools were damaged by shelling, and one was hit by an airstrike. The security situation on the roads is too dangerous to consider sending children to school. On 14 April, a targeted airstrike on Ministry of Education warehouses destroyed approximately 5 million school textbooks and national exam results, creating severe textbook shortages and affecting students’ progress toward graduation.

Since day 1 of the conflict, Cesvi team in Tripoli has played an active role in the response. In coordination with other international and local actors we promptly joined in the efforts of assessing the collective shelters needs and rapidly started providing services to the vulnerable population.

Being an active actor in Protection and Non-Formal Education sectors as well as being the co-lead agency of the Child Protection Working Group in Country, Cesvi is one of the main actor involved in the emergency response in Tripoli with regards to these two specific sectors of intervention.

In a matter of a few days Cesvi re-adjusted most of the Unicef-Unhcr funded Child Protection & Non-Formal education activities. It switched from a community centre-based approach where beneficiaries attend classes in a dedicated centre in central Tripoli to a mobile teams system where all Cesvi staff started providing those same services in the collective shelters above mentioned.

Since the 14 of April 2019, Cesvi team in the field has reached almost 300 beneficiaries residing in 3 collective shelters in Ain Zara sub-district of Tripoli, providing psycho-social activities for children. The aim is to stimulate team work and creativity within the children group affected by this crisis, ensuring a safe space for them to have fun, socialize and build on resilience during the ongoing emergency.

Although access to conflict zone areas remain of the main challenge for all actors in the field, Cesvi is currently working hard to reach more beneficiaries and collective shelters as well as restore the non-formal education component.

Along with the emergency activities linked to the on-going Libyan crisis, we carry on most of our activities in both Tripoli and Misrata, guaranteeing protection services with a focus on child protection and GBV to both mix migrants and IDP population in Libya.