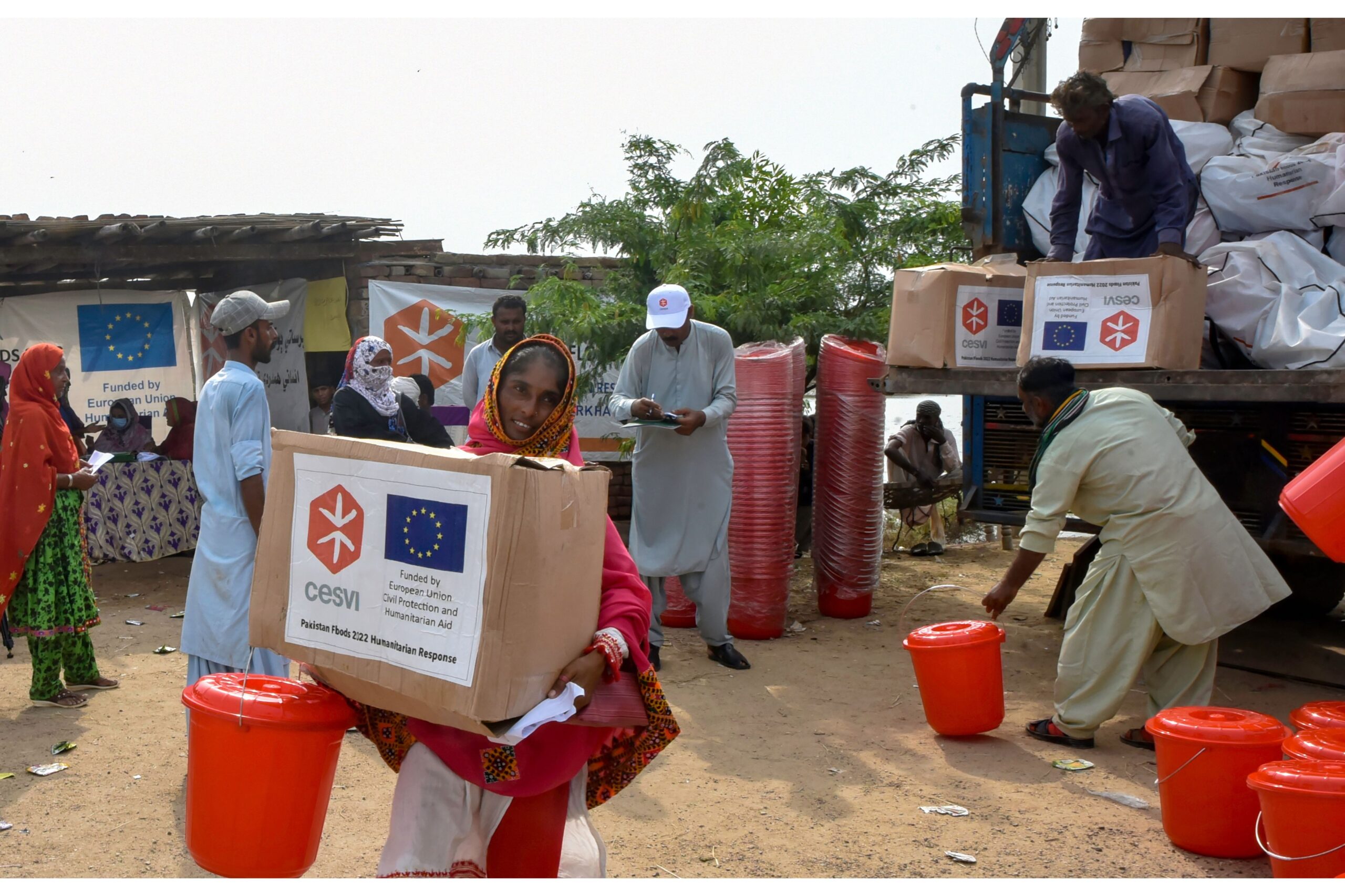 In flood-affected areas of Sindh and Balochistan, outbreaks of waterborne diseases continue to increase, particularly due to the unavailability of health facilities and the disastrous consequences of standing water.

In total, an estimated 20.6 million people are in need of humanitarian assistance, the death toll is peaking at 1,700, with 12,900 injured, and livestock have suffered losses of up to one million heads.

Furthermore, in infrastructural terms, 806,000 homes were destroyed, while more than a million homes and 13,000 kilometers of roads were damaged (OCHA, 2022).

In addition, the maternity emergency for the 650,000 pregnant women in the areas affected by the floods who face difficulties in accessing gynecological assistance services (OCHA, 2022).

The health situation of women and children is also aggravated by the lack of adequate sanitation facilities.

Furthermore, rising inflation and damage to irrigation systems can be expected to exacerbate the food security crisis. According to the Food and Agriculture Organization (FAO), the price of wheat and other basic food products reached near-record highs in August 2022 (FAO, 2022).

CESVI has been present in Pakistan since 2005, preparing the population to face catastrophes and natural disasters, reaching over 2.5 million beneficiaries over the years.

Since 2021, we have been taking action in Sindh – the province most affected by floods – to help communities and local authorities improve their disaster response capabilities.

With the “Strengthening Resilience of Populations Vulnerable to Recurrent Disasters and Emergencies in Thatta and Mirpurkhas, Sindh” project, CESVI has already added more than 6500 beneficiaries and, in the months to come, is preparing to reach many more thanks to a renewed commitment to planning of country support and monitoring of the same.

In fact, CESVI’s purpose is always also to verify the evolution of conditions in the countries in which it operates, analyzing the most urgent needs of the most vulnerable population, in order to structure targeted and effective humanitarian aid.

This is because the goal we are aiming for is to move from an emergency intervention to a planning one and to increase the resilience of the local population.

Stay by our side in this emergency, support our intervention in Pakistan.