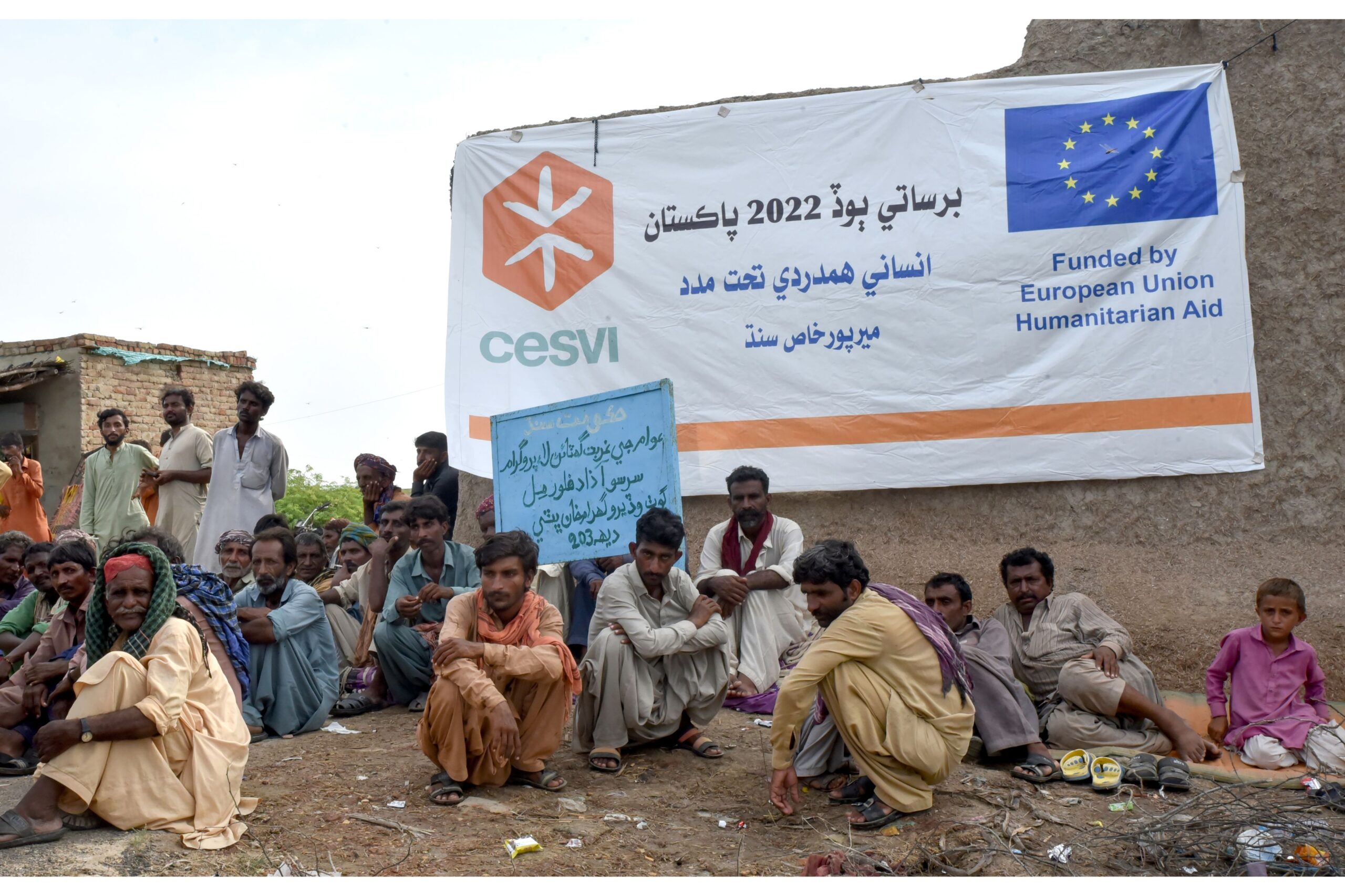 Help us stand by one of the countries that is paying the highest price for the climate crisis affecting our planet.

The humanitarian catastrophe caused by the torrential rains that hit Pakistan this year well represents the devastating effects of the climate crisis: from 14 June the monsoons, much more intense than the seasonal average, added to this year’s extraordinary heat, the effect of a change increasingly unstoppable climate, have affected over 33 million people. Pakistani authorities report over 1,700 dead and 13,000 injured to date, while over 2 million homes, 25,000 schools and 13,000 kilometers of roads have been completely destroyed or heavily damaged (OCHA, 2022). Furthermore, according to the United Nations, more than 20 million people are currently in need of immediate assistance, of which around 10 million are children and 8 million people have lost their homes and fields, which are still flooded by the waters have been stagnant for more than two months (OCHA, 2022).

The most urgent problems are still equally represented by direct and indirect damage from the rains: in fact, the stagnant waters that generate unhealthy environments and difficult hygienic conditions must be added to the structural deterioration of homes, public structures and roads.

As for the spread of malaria, dengue, cholera, acute diarrhea and typhoid, the latest updates are not heartening: between July and October in the province of Sindh alone – the most affected – the health authorities diagnosed over 350,000 cases of malaria and more of 1.5 million diagnoses of other diseases transmitted by unsanitary waters. This rapid increase in cases is also due to the extensive damage to basic services, as a result of which, according to government sources in Pakistan, around 5.4 million people have started to use unprotected water sources and around 6.3 millions of people no longer have access to home sanitation facilities (an estimated 950,000 home latrines are damaged or inaccessible).

The ongoing emergency has also further exacerbated hunger in the region and – due to rising food prices, the loss of livestock, fields and other income opportunities – according to the United Nations, in the coming months the number of people at risk could rise to 11 million (FAO, 2022). The situation is particularly serious for the most vulnerable categories: in the most affected provinces of Sindh and Balochistan 1.6 million children – 1 out of 9 – suffer from severe acute malnutrition and urgently need life-saving therapies.

We at CESVI have been present in Pakistan since 2005, reaching more than 2.5 million beneficiaries. We have been operating in Sindh for years, where we help local communities and authorities to improve their disaster response capabilities with training activities aimed at improving crisis response capabilities. We have also arranged for the creation of river water monitoring systems that make it possible to control the level of watercourses and to prepare for the impact of floods, once the alert threshold has been reached.

In addition to the activities in the villages that have proved to be lifesaving because they have allowed the population to evacuate the areas at risk well in advance and the volunteers to intervene to help the victims, CESVI immediately started distributing emergency kits to support the affected communities from the crisis.

We are now stepping up our efforts to stem the spread of disease and mitigate the risk of food insecurity. In Sindh and Balochistan we continue to provide over 354,000 people with emergency hygiene kits, tents, mosquito nets to fight malaria infections, lamps and solar panels to counter frequent blackouts, financial aid for those who have lost their income, food parcels and therapies based on Plumpy’Sup for severely malnourished children and pregnant and breastfeeding women.

The rains are over, but the humanitarian situation in the country is far from resolved.