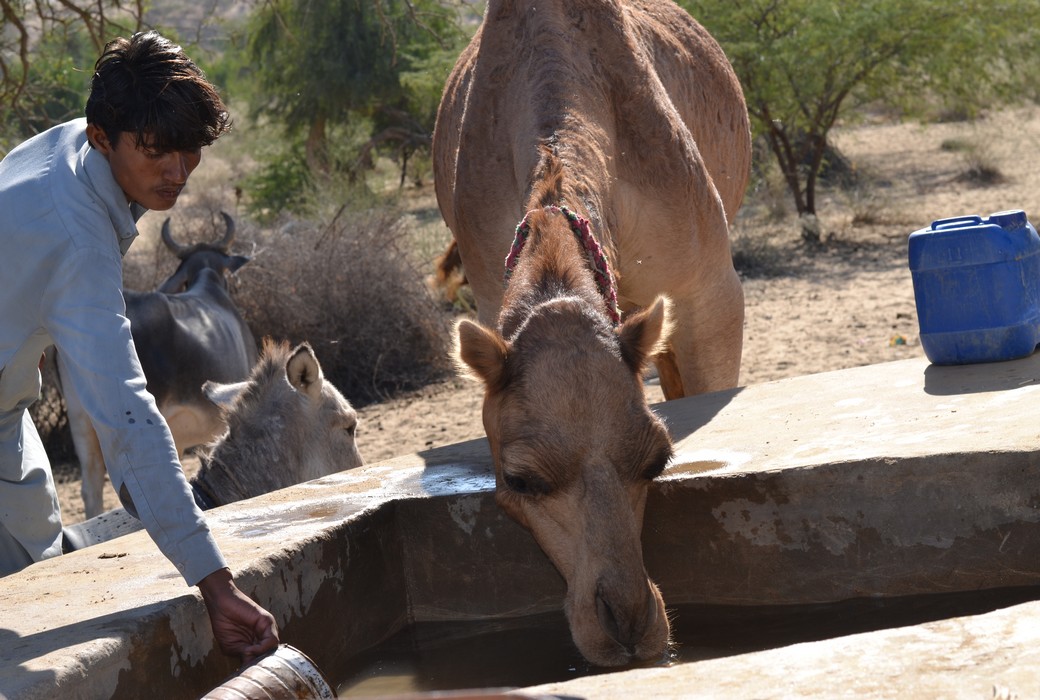 The 22nd of March is World Water Day, a celebration of a fundamental element of the life of the mankind and the whole planet. A precious good which is not available to everyone: 844 million of people still do not have access to drinking water (Source: Unicef-WHO 2017).

In the south-east of Pakistan, in the Tharparkar district, actions to reduce water shortage are urgently needed: during the past 3 years, drought has dried many water sources that were used as supply for the Thari’s community living in the area.

In Khensar village, Cesvi has involved population in a cash-for-work program aimed at the rehabilitation of several collective infrastructures that were by then considered out of order.*

A close dialogue with the population showed that access to water is the first and foremost need: Khamee jee Dhani’s water pond was therefore included in the rehabilitation program upon direct request by the community members, together with other infrastructures. The pond was filled with silt and full of bushes, and it hadn’t been maintained in a long time.

Beneficiaries selected by the program have worked side by side and, after two weeks, the structure was reactivated. According to experts technical estimates, the water pond can now satisfy the community’s needs for about 3-4 weeks, according to the frequency of rainfalls. A water management Committee – formed under the village organization – will be responsible for maintenance tasks; the Committee will be trained and provided with appropriate tools.

Mansho, who took part to the activities, is happy because the water sources “reflects the work of so many people”. Since he was direclty involved, he feels proud of such a great achievement.

Even Sarupo, chairman of the village committee and highly appreciated among the village, shows satisfaction on how the initiative was conducted: “The whole process was thorough and very empowering for the communities. Not everyone lets communities take the driving seat. This project is really our project; we put effort and heart in it, only because we were given the chance to do it”.

*The activity is part of the WFP project implemented by Cesvi in Tharparker between October and December 2017.