According to UNHCR, every minute 20 people are forced to leave their own homes.

Poverty, war and persecution are at the root of forced migration, which grew  exponentially from 2012 to 2015, reaching today the level of 65.6 million men, women and children fleeing against their will.

Libya is the main theatre of this humanitarian crisis, where a real civil war broke out in the wake of the Arab Spring popular uprising.

At the beginning of March 2011 Cesvi was the first Italian organisation to step in Libya and it is still among the very few active in the country. In Tripoli and Bengasi it has helped more than 6,000 people: of these 40% are minors and 50% are women.

Today our organisation is a reference point for the United Nations (UNHCR) intervention programmes addressed to refugees and asylum seekers, coming, mostly, from Palestine, Sudan, Syria, Eritrea and Somalia.

Libya is, in fact, both the country of arrival and of transit for migrants and refugees fleeing from sub-Saharan Africa and the Middle East. One element featured in all our interventions is psycho-social support in getting over the trauma experienced during the migration by children, women, adults whether free or held in detention centres, or residing in refugee camps.

As well as in Libya we act in support of the reception systems in countries which struggle to manage the massive migratory flows across their borders, such as Lebanon and Uganda. We know, in fact, that 86.5% of the 65 million people seeking asylum finds a welcome in countries in the southern hemisphere, and less than 10% reaches Europe. Of these 57 million people 40 million find refuge within their national borders (source: Migrazioni, Ambrosini).

In Lebanon an estimated million or more Syrian refugees are present, out of a population of six million inhabitants. Our projects promote socio-economic inclusion of the most vulnerable people, with focus on women and children. Cesvi organizes educational and professional training courses, provides support to small and medium businesses and facilitates the creation of jobs. In the fragile Lebanese context these activities encourage social cohesion and intercultural dialogue, helping the areas of intervention to reach stability.

Uganda is now the third country in the world for the number of refugees. In just one year and a half it has seen 700.000 people arrive from neighbouring South Sudan, of whom 58% are under 18 years old. The current refugee population is almost one and a half million (UNHCR, March 2018).

Cesvi operates, in collaboration with UNHCR, in the Palabek refugee camp in the north-Ugandan district of Lamwo, which holds about 32,000 south Sudanese refugees. The activities aim to answer the most immediate needs of food security, strengthen the means of subsistence of the population – reducing at the same time the environmental impact of the camp – and promote the coexistence of the refugee communities and the hosts.

Waleed, 30 years old, has escaped from war torn Syria. He fled to Lebanon by himself and then he managed to get his elderly mother to join him. He left everything in Syria: home, friends, a brother and a job that he loved. He was a builder, of the very houses that are now rubble.

Waleed was a normal kid before the war in Syria. He loved theatre and because of this he joined the Cesvi initiatives that seek to favour the integration between Syrian refugees and the Lebanese community that hosts them.

Hussein, a distinguished Lebanese, performs with Waleed on the same stage. During the civil war he lost everything and has struggled to rebuild a home and a life.

Waleed and Hussein swap parts in a simple story, that of a Syrian family, evacuated because of the war, which has to pay the rent but doesn’t have the money to do so. A common situation at Joun, the village of Mount Lebanon in which we of Cesvi work. The Syrian family finds an envelope under the door with the money and doesn’t know who left it there. At the end of the show it turns out to have been the owner of the house who, during the Lebanese war, was hosted by a Syrian family and now wants to repay his debt for all he had received in the past. 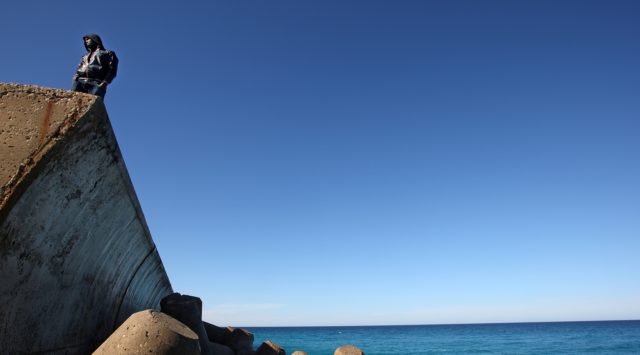 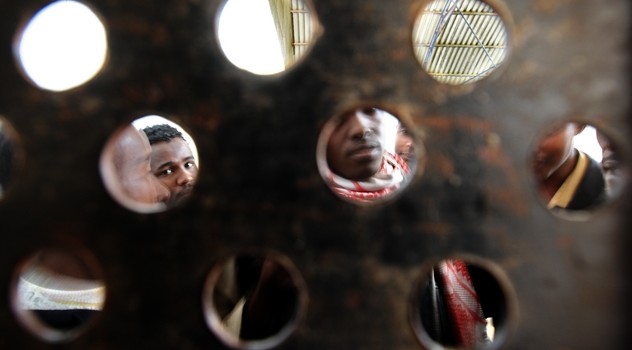