Malnutrition is one of the most terrible enemies of health for human beings, as well as of communities.

Malnutrition is an invisible menace which every day kills the hopes of children, women and communities in the poorest countries of the world. 45% of infant mortality in the world is due to malnutrition. Under-nourished children must fight every day to grow and to resist disease; they are condemned to a lower physical and mental development, to poorer performance at school and so, in future, to a job less able to support the needs of a family.

Even though the most serious, often irreversible, damage caused by malnutrition is in the first years of life, it can have just as dramatic effects among adults. It can give rise to problems during pregnancy and while breast feeding, it can give rise to diseases and hinder healing, it can reduce the strength needed for working.

Cesvi has always been actively involved in breaking the vicious circle of malnutrition. The first historical  intervention, in the nineties, was in Vietnam: here our organisation set up a Child Nutrition Centre where, among other things, food supplements were produced to meet the famine emergency in North Korea to the benefit of more than 2½ million people, mainly children.

Today we work in Somalia, where an unprecedented alimentation emergency is in course, to distribute food supplements to children. We aim to reduce the death rate for children under five with an integrated health and nutritional approach which includes information and awareness campaigns. We are the only NGO to provide these services to mothers and children in the displaced persons camps at Alanley, Arafat, and Hiran in Galkayo. The activity, conducted by operators from the local community, consists in dispensary treatment for pregnant women and for seriously malnourished children, nutritional programs and the giving of micronutrients.

Mudug Region, Somalia. Habiba is 38 and lives in a tiny house in the small town of Galkayo. After 22 years of civil war 1½ million people are still displaced. Many live in temporary camps, without access to water, food or basic care.

The prolonged conflict in Somalia has forced women to take up arms. Habiba could not avoid this destiny, and perhaps for this she decided to have neither husband nor children.

But all the little patients of the health centre, opened by Cesvi at Wargalo with the support of the European Commission (EHCO), became her children. A human and professional opportunity that overturned her life.

“I work on the nutrition programmes at the health centre and visiting the rural villages.” — she explains — “I very much love my job as a nurse”. The centre offers the patients the possibility of consultations, vaccinations and receiving medicines. On average she see 30 patients a day, most of them children under five, often seriously malnourished.

What’s more, with the outreach team Habiba reaches the most remote villages, “The main needs of the local communities” – she explains – “are water and basic health services. We provide food, integrated foodstuffs for the youngest, medicines, emergency operations and an ambulance.”

“My wish” — she says — “is that all the children be healthy and may live in peace. I would like them to have a better life, to be able to feed themselves healthily and to study. I am happy with my life because I work for my own people: I am Somali and I want to stay here and go on helping the Somali people”. 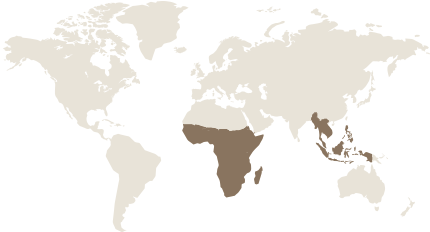