In South Africa 40% of men have beaten their partners and one in four has committed sexual crimes. Even if only 2% leads to charges being laid, violence against women is a growing phenomenon and as many as one woman in four has undergone beatings or abuse.

In South Africa thousands of young mothers suffer unacceptable violence from their husbands or partners. Wounded and discouraged they almost never have the strength to escape, losing bit by bit the will to live.

This widespread and senseless violence against women is above all caused by poverty. The women are uneducated, don’t have jobs and are totally dependent on their husbands. That is why even if they are beaten and abused they remain with them, because they have nothing else.

In 2007  Cesvi set up the House of Smiles for women and children in the shanty town of Philippi at Cape Town.

This is a residential refuge centre which provides psychological assistance and professional training to the women and schooling, food and care to the children. The House, managed in collaboration with Sizakuyenza, a local association, is the only structure in this shanty town able to give refuge to the women victims of domestic violence and their children. Here training and medical and psychological support are given, while other auxiliary services are supplied by outside bodies to which the women are accompanied. For instance, there is a surgery linked to the House which treats from 5 to 20 patients every day, giving medical and psychological support. It is open to the public and offers free help with regard to AIDS (including HIV testing), to domestic violence and every other form of violence to women and to children. In the House there is also a service of legal assistance and guidance on social and health problems (alcoholism, drugs etc.).

Nicoli has won against violence

Nicoli was fostered to a new family at four years old. She moved to Cape Town, where her story of poverty, violence and pain began. A man in the adoptive family abused her many times. When she was eleven she passed from one orphanage to another, until she decided to run away.

She began to live on the street where she knew alcohol, drugs and squalor. After years of drifting she tried to go back to the family but was received with more violence. Her cousin raped and beat her time and again so, still a child, once more she ran away. At twenty one she met the father of her children and went to live with him. It was not long before her partner, too, began to use physical and psychological violence on her, and she was compelled to flee again.

At last, after months spent on the streets with her children, a meeting changed her life for ever. A social worker brought her to the House of Smiles, where she receives treatment and love every day. Today Nicoli is no longer a slave to fear, she is a proud woman following a course in nursing, which she is passionate about. As she herself says: “Good people do exist. And with the help of these people you can go anywhere”.

International Day for the Elimination of Violence against Women 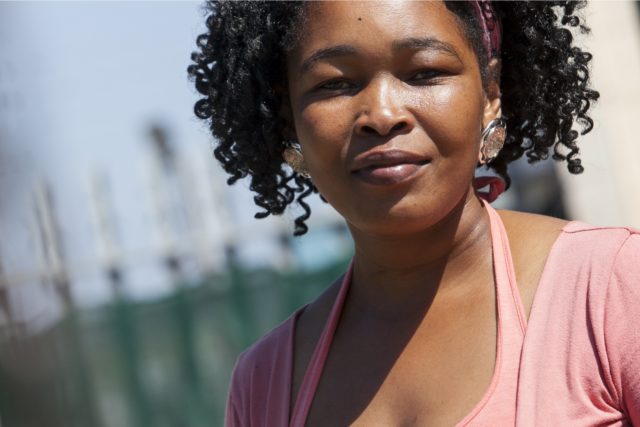