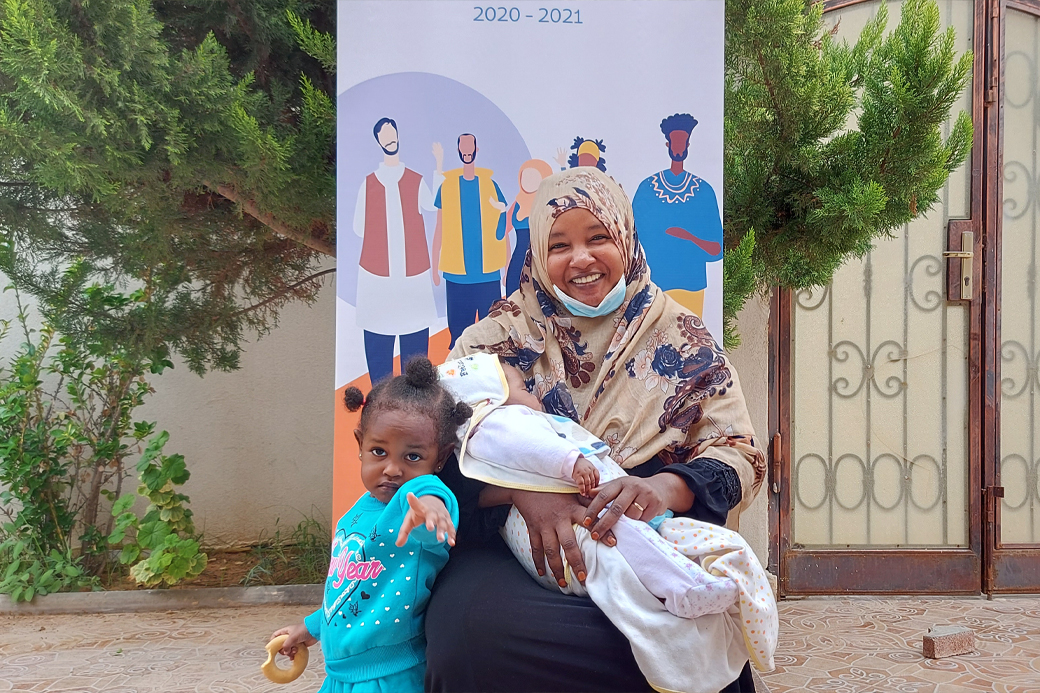 The surname of Hanaa in Arabic means “the rich one”. Her smile and her eyes radiate an overwhelming richness and energy, just as her redemption story does.

Hanaa is 33. She has a degree in Aviation, a two-year-old daughter and another new-born child. She had to leave Sudan with her husband and mother. They hide in the mountains and forests, escaping violence, theft and intimidations. Throughout the escape, Hanaa was constantly worried about the survival of her family. She had no luggage if not her clothes and a plane ticket to Tripoli that she carried in her pocket.

When they arrived in Libya Hanaa’s husband was trapped in debt and exploitation. When the debts became too big the family was evicted from the accommodation provided by the owner of the workshop where the husband worked. He was forced to live in the workshop until his debt was paid back. Hanaa then joined her mother (a nurse in the Misrata hospital), who lived in one of the hospital rooms. Nevertheless when Hanaa’s mother lost her job because she was hosting her daughter the whole family found itself once again without a safe place to stay.

The accumulated stress, anguish and uncertainty were becoming unbearable. “I was in a constant state of despair, I felt useless. I was severely depressed and felt like a failure ” says Hanaa in the presence of one Cesvi Case worker and our psychologist. “My relationship with my mother and the girls was very bad. I had gained a lot of weight and suffered from insomnia. I felt very ashamed ”.

The exploitation of migrants and the widespread high unemployment rate are common problems in urban areas in Libya, in Misrata as well as in Tripoli. The conflict and the Covid-19 pandemic have also contributed to the raise of the prices of primary goods and to intensify the needs of the population that very often accumulates debt to meet its most basic needs, such as food and rent.

In this situation, the condition of women and girls is particularly fragile. They are excluded from the job market and have limited possibilities of moving. They are even more exposed to risks concerning their survival and wellbeing, such as violence and being deprived of access to opportunities and resources, both outside the family than within it. This has unmeasurable consequences on their psyche and on their ability to respond to stress and shocks generated by the humanitarian emergency conditions.

To respond to these overlapping needs, Cesvi has been implementing –in partnership with the NGO International Medical Corps– the “PEERS: Protection Enabling Enviroment and Resilience Services” project since January 2020, funded by the European Union Trust Fund (#EUTFforAfrica).

The project contributes to increasing the resilience of vulnerable people at risk (migrants, refugees, host communities, displaced people and returnees, i.e. people returning to their residence).

Hanaa got in contact with our staff through a Community Mobilizer and, thanks to the psychologist of Cesvi, embarked on a journey to strengthen her way of seeing herself and her skills. At the same time Cesvi has responded to her most urgent financial needs, avoiding eviction and providing her and her family with a safe home and a relief from her economic concerns. Hanaa’s husband was also able to save part of his salary to pay off the debt that stood between him and freedom, and was finally able to join his family.

The combined support provided through psychological counselling, the constant assistance given by Cesvi Case workers and IMC operators  is the cornerstone of a project which, since the beginning of 2020, has managed to reach and help more than 6,400 women and men, Libyans and migrants in need.

Thanks to Cesvi Hanaa now manages to take care of herself, her family and her youngest child. She no longer suffers from insomnia. On the contrary, she sleeps well and dreams big. She has a project in mind, which is that of opening a home bakery and improving her living conditions and those of her community.

“I would like to develop this project and make sure that we are economically independent again, able to face any setbacks. And I would like to buy a safe and healthy home for my family ”. 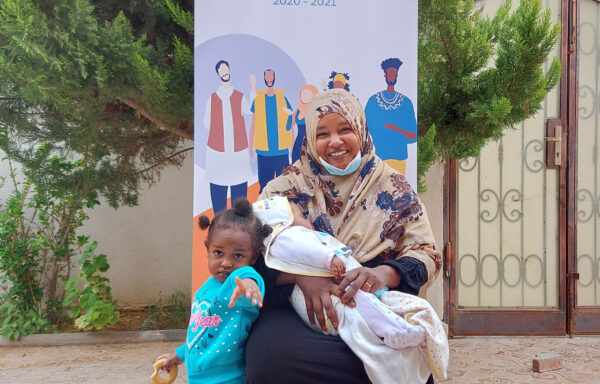 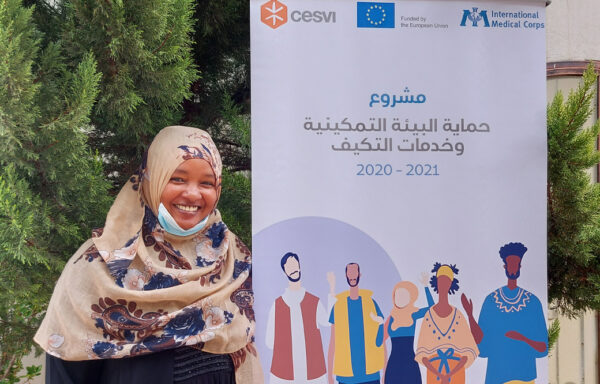