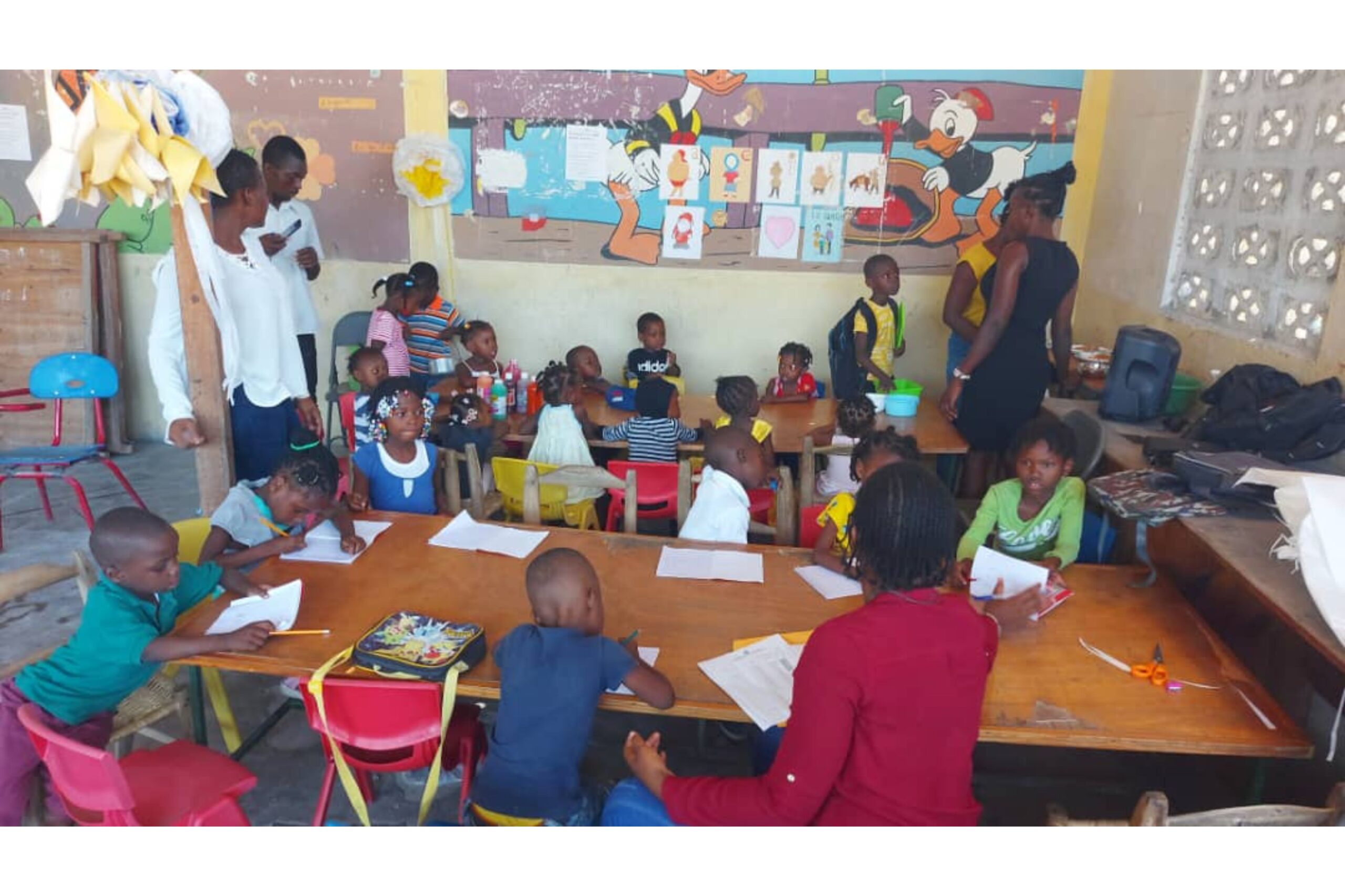 In Haiti, following the catastrophic earthquake of August 2021 and due to the now endemic poverty, problems of crime on the streets and lack of access to basic services that generate poverty and hunger alternate.

The situation is even more catastrophic in the suburb of Citè Soleil, where the slum of Wharf Jérémie is located and where hunger is at dramatic levels, in a country at the “breaking point”.

At Wharf Jérémie, CESVI is present with the Casa del Sorriso, a protected space whose purpose is to remove children from the streets and give them the opportunity to study, in a healthy, educational and protective space for the benefit of the most fragile family situations. . It is a place where training, hospitality, serenity and hope translate into the exercise of recreational, sporting and artistic activities and is also, in these days, severely tested by gang violence.

Despite the difficulties of circulation and access to basic necessities, our operators are also distributing hot meals and disposable water bags with a capacity of about 250 ml each, reaching up to now the quota of 3500 bags, for a total of 875 liters.

Our home, which every day tries to offer an alternative of hope to many people, is however at the center of an exasperated situation.

The entire capital Port-au-Prince is in the grip of gangs who are controlling various streets to the point of touching people’s daily lives and blocking the arrival of commercial goods and humanitarian aid.

For about a month, the supply of fuel has been a serious problem for the population and places logistical constraints on humanitarian workers. In addition, prices rise and a gallon of gasoline has come to cost the equivalent of 48 US dollars (OCHA, 2022).

This limitation of access to goods and services has caused an exacerbation of the problems of malnutrition, which today affects almost 5 million people, and the spread of a cholera epidemic. There is talk of 19 deaths and 319 suspected cases. Children under the age of 10 account for 43% of suspected cases.

The same children who all these phenomena of social disorder, gang violence and a resurgence of cholera could prevent from going back to school; there is talk of more than 2.4 million absentees in the next classes (OCHA, 2022).

The conditions just described are getting worse every day and have generated what the UN has described as a “humanitarian catastrophe”.

Precisely for this reason we cannot stop. Even in the darkest times, we continue to work to support the local population and Wharf Jérémie’s House of Smiles.

Help the Haitian community together with CESVI.

Help us to give them hope and a secure future, sheltered from extreme poverty.