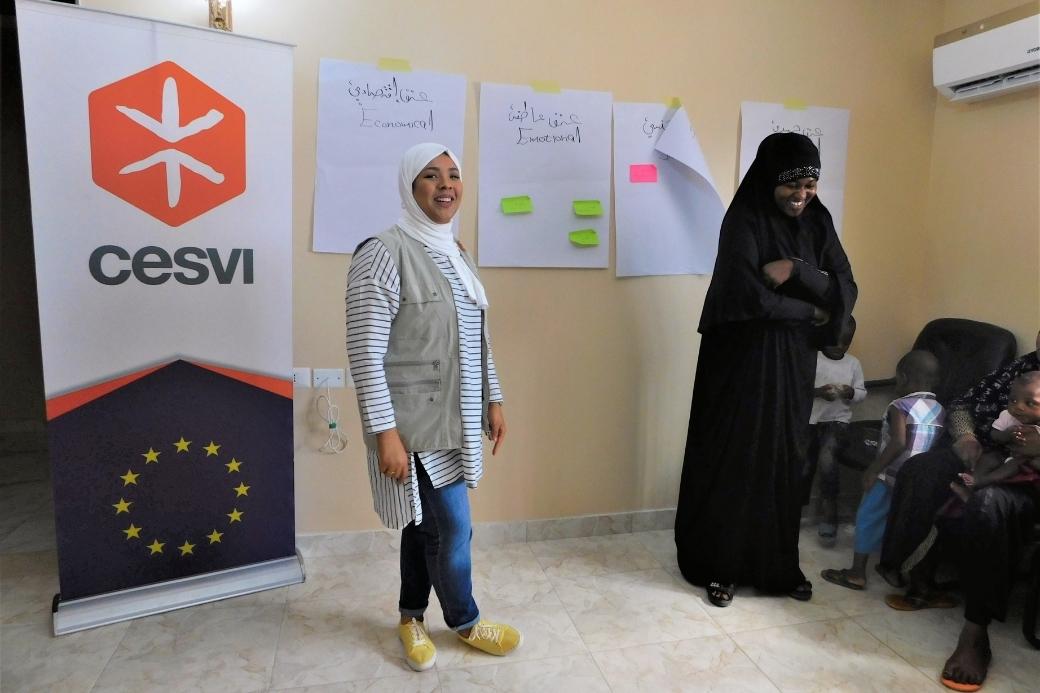 “My life was beyond hope. I was thrown into the street with my three children and I was expecting a child. I had lost my confidence, I would have likely taken my own life because of the psychological pressure I was under”. This is how Maryam, a 32-year-old Sudanese refugee and single mother of four, begins her story before receiving help and support from Cesvi.

For Maryam, life has been tough: abandoned by her husband when she was only a few months pregnant, with three children to support (ten, five and two years old respectively), she was brutally evicted from the house she was living in, after she found herself alone and without a source of support, unable to pay the rent.

It is difficult for a mother to live alone in Libya, where the situation of women and girls is especially fragile, as they are cut off from the labour market and have limited opportunities to travel. The COVID-19 pandemic has further exacerbated a fragile environment with a decade-long war. All of this has a strong impact on the mental and physical health of families and individuals, just like Maryam, who have seriously risked not being able to cope: too much psychological pressure, the anguish of caring for their children alone, without a home and without opportunities to work. In this vulnerable situation, the children stopped going to school, food became scarce, the cold began to make itself felt in their bones and despair took over.

Just when all seemed lost, Maryam received unexpected advice from people close to her: “I was told to contact Cesvi because they would help me”. Maryam contacted Khalifa, one of the members of Cesvi’s Protection team in Misurata. Khalifa, in collaboration with the other staff members, took immediate action, bringing Maryam and her children to Cesvi’s office and finding them a warm and safe home with a host family. Cesvi also took care of providing financial cover for the food and medical expenses that a pregnant woman needs.

Maryam and her children thus became part of the Cesvi project “PEERS: Protection Enabling Environment and Resilience Services”, funded by the European Union Emergency Trust Fund for Africa (#EUTF4Africa). To date, thanks to the project, Cesvi’s operators and partner International Medical Corps (IMC) have provided psychological counselling and social assistance to more than 18,000 people.

“I know many people who were suffering because of their conditions, but Cesvi managed to improve their lives,” continues Maryam, who can now tell how her life has really improved thanks to the support she received. “Cesvi gave me and my children shelter, it helped us in a very concrete way”. Maryam now has a house for herself and her children, who have resumed attending school, she has regained peace of mind and has a dream: “I would like to study nursing, find a job and become independent”.

The sentence with which she concludes her story is significant: “Now we feel safe”. And this is exactly what Cesvi does through its projects, giving security and hope to those who have lost it.