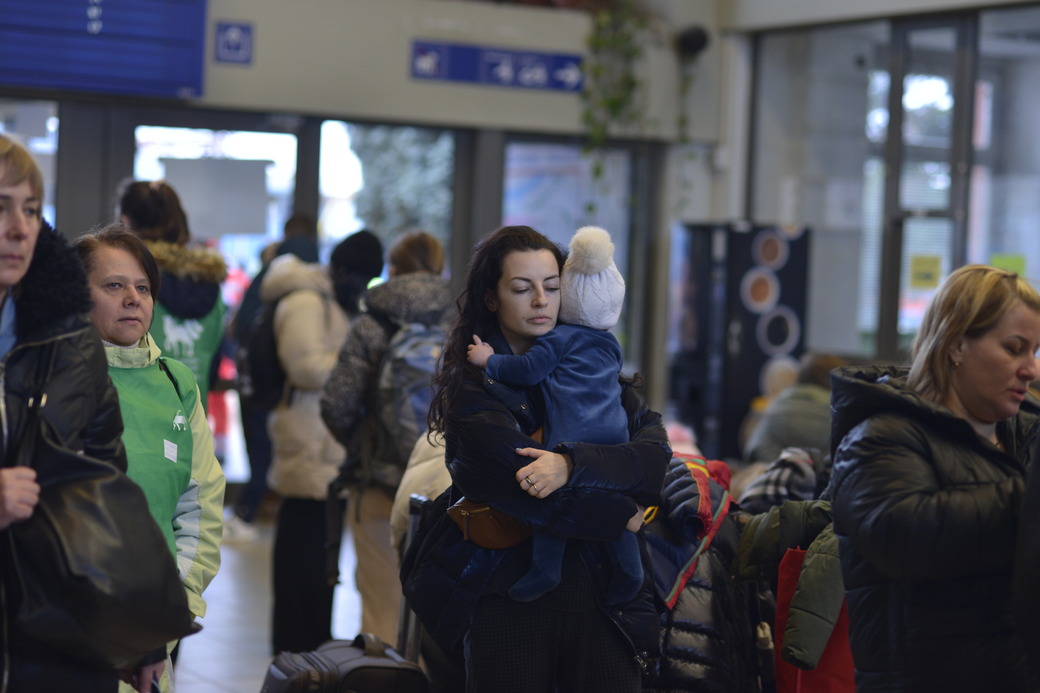 DONATE NOW FOR THE UKRAINE EMERGENCY

Hungary shares only 135 km of border with Ukraine and this narrow strip of land is the escape route for many displaced people at the moment. According to UNHCR, the total number of arrivals since the start of the conflict is 191,348 people, half of whom are estimated to have arrived in the country via Záhony, one of the five border crossing points. After Poland, Hungary is the country with the highest number of entries.

Záhony is a small village with just over 4,000 inhabitants. However, it plays a very important role in the exodus of refugees from Ukraine. The village is one of the main entry points into Hungary and is the only border crossing where trains can cross the border into the country from Ukraine (and vice versa).

During the day, from 7 a.m. to 8 p.m., on average every hour a train arrives from Čop (Ukraine), 2 km from Záhony with 500 passengers on average. Trains run to/from Záhony to Čop on average 20 times a day.

There is a small railway station in the town, a well-equipped shelter in the dormitory of a high school, where people can rest for one or more nights while waiting to reach other destinations or for an indefinite time.

Every 2 hours (on average) there is a train to Budapest. Most arrivals stay and wait at the train station on their way to the capital. Here they can get food and access to international bus/train stations or airports to go to other European cities or countries, where they may already have relatives or contacts.

Upon arrival at the station, the first check is carried out by the authorities inside the train. Those in possession of a Ukrainian passport or residence permit in Ukraine can freely enter the station with a document issued by the police on the train attesting to the migrant’s temporary protection status.

The reception system is lacking. It lacks everything that is needed at the moment: from hot meals to medical assistance; from an information point to money exchange; from legal assistance to toilets. There are many children with their mothers, exhausted after hours of waiting at the border. The situation is very tense and there are many violent incidents.

There is a huge need for intervention here. Cesvi is ready to take the field here too. Keep supporting us.